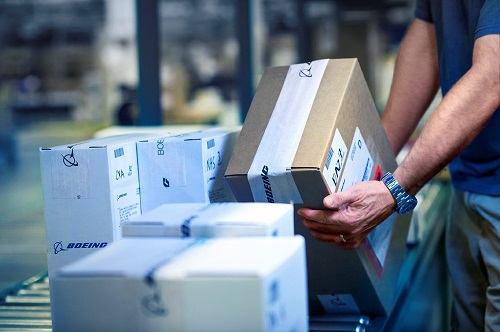 The milestone was driven by e-commerce advancements and increased demand from commercial services customers, indicating the continued market recovery from the impact of COViD-19.

“We’re seeing innovation accelerated by necessity across our services business as the aerospace industry emerges from one of the toughest periods we’ve faced,” said Ted Colbert, president and chief executive officer, Boeing Global Services.  “The aftermarket supply chain solutions Boeing provides, such as parts support, are essential service for our customers as they emerge from the pandemic. The digital advancement that we’re driving enables us to be nimble in our response to uneven recovery and simplify how Boeing supports our customers.”

As of 2021, customers are now able to purchase from all product lines on the Boeing Distribution,Inc.(formerly Aviall) online parts page. Previously, there were portions of the aftermarket parts offerings that were only available via phone or email purchasing.

A concentrated effort by Boeing’s distribution and technology teams accelerated reaching the milestone by enabling customers to use e-commerce online purchasing, increasing the digital customer navigation and live chat functionality, is focused on simplifying transactions and solving for issues that typically cause challenges when buying online.

Aftermarket customers can access more than 16 million parts with Boeing, as well as 24/7 technical expertise and support on spare parts issues.

As a leading global aerospace company, Boeing develops, manufactures and services commercial airplanes, defense products and space systems for customers in more than 160 countries.  As a top U.S. exporter, the company leverages the talents of a global supplier base to advance economic opportunity, sustainability and community impact. 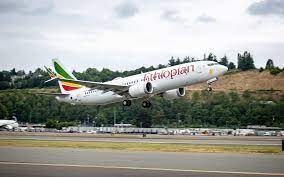 Boeing has recognized Ethiopian as a global aviation leader in the continent.  The MoU is indicative of Boeing and Ethiopian Airlines interest to establish a mutually beneficial world class aviation partnership.  To realize their shared vision, Ethiopian and Boeing have agreed to work in partnership in areas of  strategic collaboration namely: Industrial Development, Advanced Aviation Training, Educational Partnership, and Leadership Development in a span of three years.  To this effect, joint multidisciplinary teams have been established to implement the strategic partnership and important milestones have already been registered.

Mr. Tewolde GebreMariam, Group CEO Of Ethiopian said,”I am very much thrilled not only to sign this historic MoU with our long-standing partner,Boeing but also to the implementation of milestones.We have been working in collaboration with Boeing on different large-scale projects in aviation for more than 70 years to serve the continent of Africa and this partnership expands and builds our ability in multiple fields.  I have a firm conviction that with our dedication in its implementation, the MoU will successfully attain its goal of positioning Ethiopia as the Continent’s aviation hub.  We highly value the critical role of our American partner companies in accomplishing our goals and we will continue to work with key American aviation players like Boeing, GE, Pratt and Whitney and Collins Aerospace in our journey towards excellence in Aviation.”

The German airline, Lufthansa, has started operations with its first A320neo aircraft featuring Airbus’ new Single-Aisle Aerospace cabin.  In doing so the airline becomes the first operator in Europe to introduce the new Airspace cabin features for passengers on board A320 Family aircraft.  In 2018, Lufthansa Group, a long time A320 Family customer, chose to equip more than 80 of its new A320 Family aircraft on order from Airbus with AirSpace cabins.

“Lufthansa has once again made a choice of innovation and passenger appeal, raising the bar for the flying public at large to experience next-level, Airbus leading innovations”, said Christian Scherer, Airbus Chief Commercial Officer and Head of International.  “I am delighted to welcome one of our long term partners, Lufthansa, to become the first European operator for the A320neo Family Airspace cabin.  I cannot east to fly on one of these aircraft.”

Lufthansa has been operating the A320-family since the 1980s and has been the very first operator of the A321 and A320neo. The airline group is one of the biggest Airbus operators worldwide. 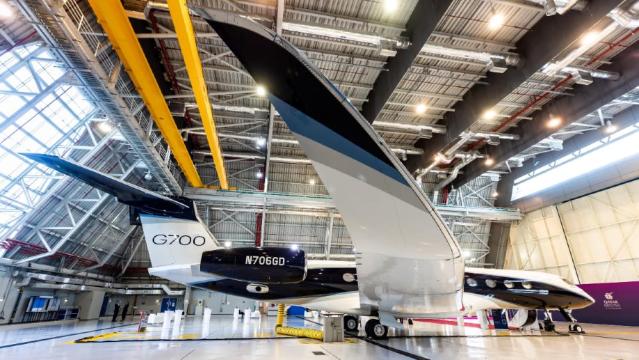 Announcing an air-speed record from Savannah, Georgia, to Doha, Qatar.  Until you consider the context: This was the world’s largest business jet flying 6,711 nautical miles nonstop at Mach 0.88, or 675 mph, for 13 hours and 16 minutes, on first international flight.  Then it becomes a corporate milestone.

Gulfsream’s new G700 then set another city-pair record from Doha to Paris, flying 2,953 nautical miles at an average speed of Mach 0.90 (690.5 mph) for 6 hours and 15 minutes before retiring to headquarters in Savannah.

Beyond the “records”, the transatlantic flights of Gulfstream’s new ultra-long-range jet shows the business-jet world and potential buyers that the aircraft lives up to the publicity it has attracted since being announced in 2019.  Plus, Doha, the capital of Qatar was more than Gulfstream just throwing a dart on the map: Qatar Airways Group is the launch customer and plans to take delivery of the first G700, which has a list price of $78 million, next year.

The flight gave Qatar Executive a chance to show off the Gulstream flagship with fully outfitted interior at a press conference in Doha.

Turkish Aerospace (TUSAS) has been awarded two contracts by Spirit AeroSystems.  Turkish Aerospace will manufacture and supply Section 48 Tail Feather for Boeing 737 MAX 8 and over 400 parts and sub-assemblies for various Boeing platforms.

Further to the contracts, ongoing work packages with Spirit AeroSystems for manufacturing and supplying 2125 parts and sub-assemblies for various platforms including 737, 747 and 777 has been extended to 2028.

Temel Kotil, President And CEO, Turkish Aerospace, commented about the about the agreement and said, ”our company continues to be among the manufacturers that have proven in the field of aerostructure with its half a century experience.”

“In this context, while we continue to produce indigenous and national projects in the field of aviation industry in our country, we also carry out high-quality crucial productions for the world’s leading aerial platform manufacturers.  We are delighted for the agreement including work packages of the B737 Max-8 section 48—Tail Feather and various other sub-assemblies for Spirit AeroSystems which will be used on Boeing platforms.” 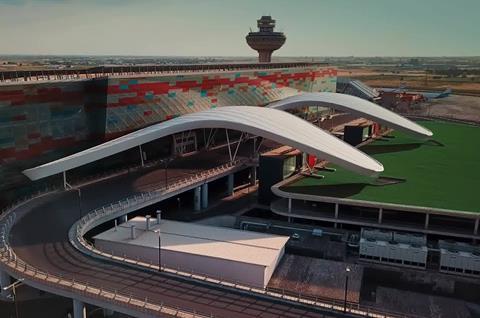 Armenia’s newly -created national budget carrier is to be be branded Fly Arna, following an open canvassing of the country’s citizen for suggestions.

Fly Arna is being established by the Armenian National Interests Fund through a joint venture with Middle Eastern low-cost operator Air Arabia Group.  Arna is the name acronym for “Armenian National Airline”.

The carrier has yet to disclose details of its fleet and networks well as the timeframe for starting operations.

Air Arabia says over 500 suggestions for the new carrier’s name were received after the competition opened in July and the airline’s board made the final selection.

“It is both inspiring and a sign of shared vision of successful endeavor,” says Armenian National Interests Fund chief David Papazian.

“Despite the current challenges of the pandemic, we are confident the new opportunity that exists for “Fly Arna” to deliver a winning proposition that will benefit the nation and our people.” 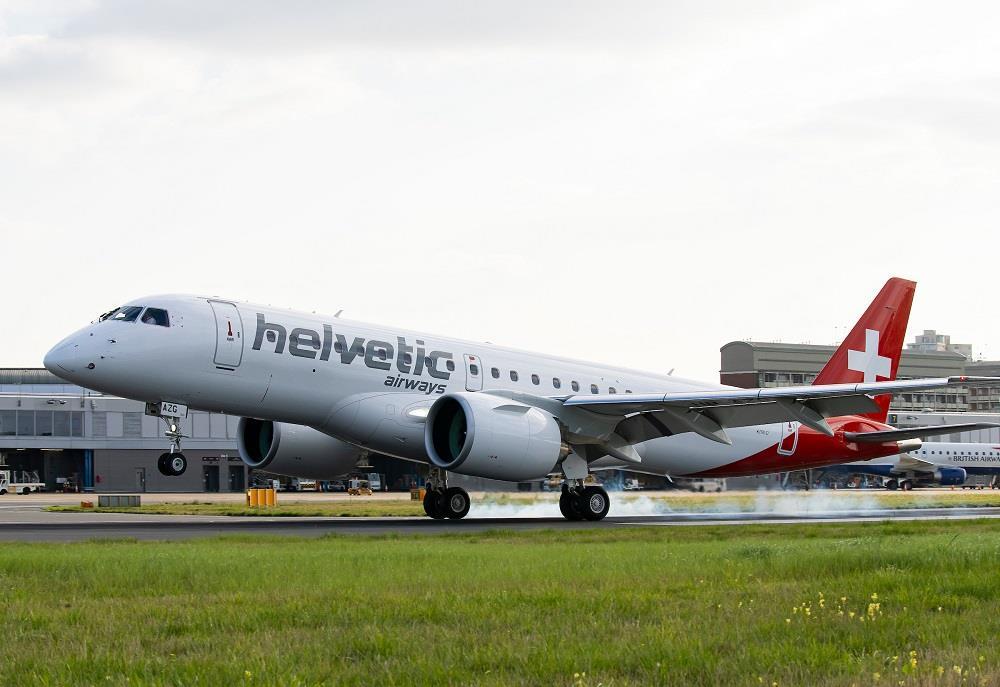 Swiss carrier Helvetic Airways has conducted the first commercial service with an Embraer 190-E2 into London City airport, following approval for the type to carry out steep-approach landings.  The E190-E2 secured steep-approach certification from the European Union Aviation Safety Agency in May of this year.

The initial aircraft (HB-AZG) arrived at London City on September 2nd, as the LX456 service from Zurich, operated on behalf of Swiss International Air Lines.

London City chief Operating officer operating officer Alison FitzGerald says the E2’s arrival is a “significant milestone” in the drive to introduce lower-noise and lower-emissions types to the downtown airport.

Korean Air plans to entirely exit four-engined passenger aircraft with the next ten years.  The carrier’s plans for the Airbus 380 and Boeing 747-8I fleets were confirmed by chief executive Walter Cho in an interview with FlightGlobal.

“The A380s will be leaving Korean Air’s fleet within five years, and the Boeing 747-8I fleet will also follow suit within ten years,” says Cho.

According to Korean’s second quarter results presentation, it has 10 A380s and 10 747-8Is.  The presentation also shows that the 747-400 is no longer a part of Korean’s operational fleet.

Korean will also inherit six Asiana Airlines A380s when its acquisition of the rival airline is completed, likely in a few years.   Korean’s A380 are powered by the Engine Alliance GP7200, while Asiana’s are powered by Rolls Royce Trent 900.  All six of Asiana’s A380 are in storage.

“I believe the Boeing 777 is one of the most successful aircraft in aviation history”, says Cho.  If asked, I would say the B777-300ER is my favorite model.  While I haven’t out the Boeing 777X, there are some points that still need verification.  I may consider it after that, but I don’t think we’ll have a large demand for new aircraft for some time as we already have significant number of aircraft in operations or on order.” 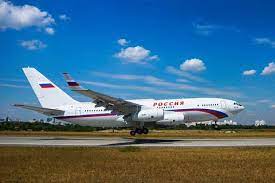 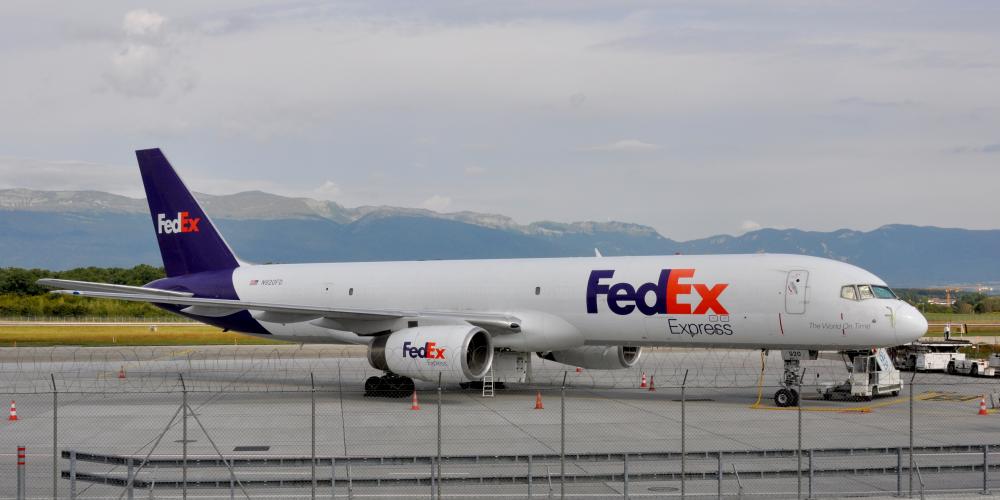 FedEx Express, a subsidiary of FedEx Corp, will expand its Seattle-area operations with a new ramp operation at Paine Field Snohomish County Airport in Everett, Washington in the fall of this year.  It will occupy the former “Dreamlifter Operations Center”.

“We are proud to grow our presence and enhance our services in the north Seattle market by expanding operations to Paine Field”, said Tim Wertner, senior vice president U.S. Operations west.  FedEx will occupy a 19.24-acre,68,745-square foot facility, and the grounds offer the ability to expand with additional gates.

US based firm Mammoth Freighters, has joined the line-up of companies aiming to offer Boeing 777 cargo conversions, with a portfolio covering the long-range-200LR and-300ER models.

The company intends to begin modification of an 777-200LR-converting it to a -200LRMF in the second quarter of 2022. Mammoth expects US FAA approval for the supplementary type certificate in the second half of 2023.

“Design and engineering for the 777-200LRMF program is well underway with tooling and parts already in fabrication,” it says.

Mammoth has already sourced a feedstock of 10 777-200LRS from Delta Air Lines.  The -200LR was developed as passenger aircraft but the airframe also serves as the platform for Boeing’s new-build 777F.

The Florida-based company says it is supported by private investment funds associated with Fortress Investment Group.

Both the -200LR and-300ER are powered by General Electric GE90 engines and Mammoth co-chief Bill Tarpley says these aircraft are “renowned for having superior operating economics” compared with older Boeing 747-400s and MD-11s.