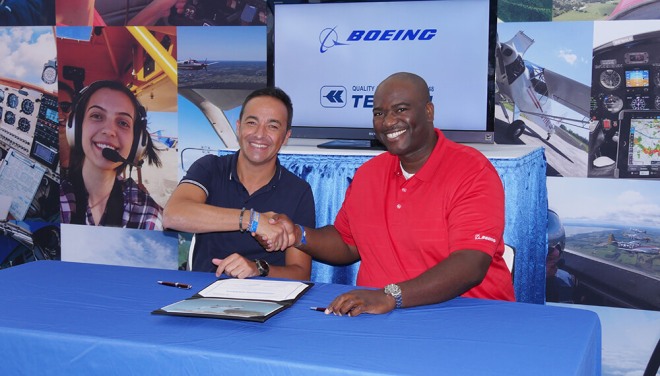 Boeing signed a multiyear agreement with Tecnam to be the sole provider of aftermarket spare parts and distribution services for the P2012 Traveller, Tecnam’s first commuter airline aircraft.

Boeing will assume distribution responsibilities, including forecasting, ordering and delivering all original equipment manufacturer(OEM) genuine replacement parts for the P2012 Traveller through its Aviall distribution network.

“We are thrilled to provide our industry leading distribution services for the new aircraft,” said William Ampofo, vice president, Business & General Aviation, Boeing Global Services.” Our global supply chain and agile distribution systems will keep these planes in the air for many years to come.”

Airbus has determined that the A320neo is potentially vulnerable to an angle-of attack protection weakness which could result in excessive pitch attitude under certain circumstances.

EASA stresses that the condition has never been encountered during A320 operations.

But it says that a “reduced efficiency” of the aircraft’s angle-of-attack protection under certain flight configurations, and in combination with specific commanded maneuvers from the crew, could lead to excessive pitch and higher workload.

The scenario has been uncovered during analysis and laboratory testing of the A320neo flight-control laws.

Airbus has developed temporary revisions to the A320neo flight manual to address the condition, and EASA has ordered operators to amend their manuals accordingly.

Both the CFM International Leap 1A and Pratt & Whitney PW1100G versions of the aircraft are effected.

EASA has opted for quick implementation of an airworthiness directive, requiring the changes within 30 days of 14 August, postponing the commentary period until after publication.

Airbus is working to develop a flight-control law amendment for the A321neo which will become available next year. 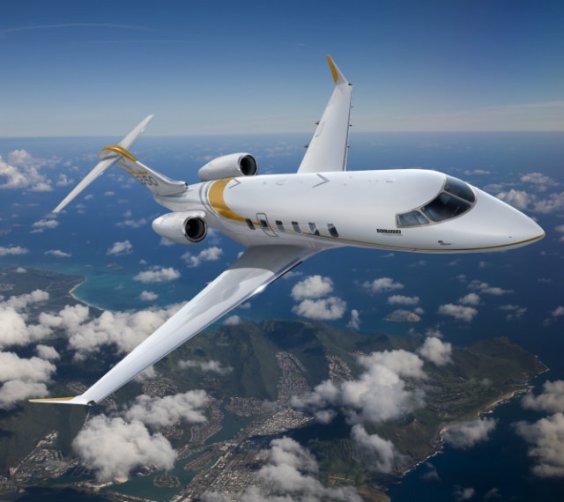 Launched in May 2013, the 10-seat aircraft is the second iteration of the Challenger 300, which Bombardier launched in 1999 as the continental business jet.  The model entered service four years later.

Recent enhancements include a combined Collins Aerospace head-up display and enhanced vision system; improved cabin soundproofing and updated cockpit aesthetics.  Also included are braking improvements and rudder control modifications that give the 350 up to 1500nm of additional range when departing from shorter runways.

The aircraft is now facing stiff competition in the segment from Embraer’s Praetor 600, which entered service in June, and the Cessna Citation Longitude, deliveries which are set to begin this quarter.

During the last Paris Air Show, a lot of orders where announced at the show – specifically Airbus aircraft.   However, when looking at the orders it is important to distinguish between what orders were firm and which are Letter of Intent and Memorandum of Understanding. In this article I will explain what the terms mean from the least committed to most.

This will spell out the details of the intended sale and that discussions have already taken place between manufacturer and the airline covering price, deposit amount, terms of sale, it includes and expiration date for a proposed deal, giving the chance to withdraw if papers are not signed by a certain date.

No deposit is put down for a LOI.  However it is important to remember that a letter of intent is non-binding.

An agreement between two or more parties outlining the terms and details of an understanding, including each party’s requirements and responsibilities.

It is often the first stage in the formation of a formal contract and does not involve the exchange of money.

Here is where things get a little more complex, there are subtle differences between an LOI vs an MOU.  Investopedia states that the primary difference between the two is that a letter of intent is not binding while legal courts consider a memorandum of understanding legally binding.

In a firm order a deposit is put down in the deal. However, there are still conditions in place that allow the buyer to back out.  If the buyer happens to back out then there are usually penalties.  Conversely, if the planes are late there can be a refund of deposits.

Firm orders can include options.  Airlines will commonly obtain options from the aircraft manufacturer which allow the airline to delay the purchase of additional aircraft until market conditions justify the purchase.

Options also save the airline a position in the manufacturing queue, for a guaranteed delivery slot.  If the airline finally exercises its option(s), it can place its order without going to the end of the queue which would otherwise delay the delivery of the aircraft for years.

However, if future conditions do not justify expansion of the airline’s fleet, the airline is not under obligation to purchase the aircraft.

FedEx adds its First B767F to its European Network

The express operator said the new aircraft can carry 41 tons, which is around 16% more than the A300F it replaces.  FedEx added that the new aircraft would also reduce fuel consumption by around 9% and also offered noise reduction.

The newly introduced aircraft operates five times a week and connects FedEx in Dublin, London Stansted, and Paris-Charles de Gaulle-one of the major FedEx hubs in Europe alongside Cologne & Liege.

FedEx began upgrading its fleet in 2007 and since then, 210 new aircraft have been introduced into the FedEx fleet which is now comprised of 679 planes.

Last year, the company ordered an additional 12 Boeing 777Freighters and 12 767 Freighters, which are more fuel efficient than the aircraft they will replace.

China Airlines Has Converted Three Options for the Boeing 777 Freighters

China Airlines has converted three options for the Boeing 777 Freighters into firm orders, more than two months after it first inked a memorandum of understanding to take the freighters.

The airline states in a stock exchange disclosure that the total transaction value is estimated to be $ 1.06 billion, or about $352 million per aircraft.

This follows the firming of orders for three 777Fs in late June.  China Airlines said then that the total transaction was around $1.06 billion.

The airline signed the memorandum of understanding with Boeing in May, in a deal comprising three firm-order aircraft and three options.  Boeing then acknowledged the deal during the Paris Air Show in June.

China Airlines will use the 777Fs to replace its aging 747-400Fs.  Cirium’s Fleets Analyzer shows that the airline has 18 of those jets in operation, with three more in storage. 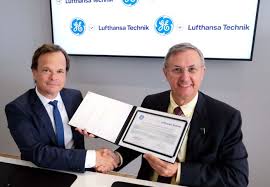 As part of the deal, Lufthansa Technik will become GE’s authorized service provider for backup generator and converter systems, along with certain electrical load management system components on the new aircraft.