On February 5th Boeing rolled out the first 737 MAX 7, the third member of the MAX family to come down the line in Renton.

The MAX 7 is slightly stretched compared to the 737-700, giving customers the capacity to fly 12 more passengers even farther. The airplane will have the longest range of any member of the MAX family at 3,850 nm. What’s most impressive about the MAX 7 is its ability to offer exceptional performance at high altitude airports and hot climate.

Global airlines holding orders for the 737 MAX 7, as of January 1, 2017 include Kunming Airlines of China for 10, Southwest Airlines for 30, WestJet of Canada for 23 and Jetliner of Canada for 5.

On February 16th the Boeing 737 MAX 9 has gained FAA certification, clearing the way for the second variant in the MAX family to enter commercial service.

The MAX 9 has a maximum capacity of 220 passengers in a single-class configuration, 10 more seats than the MAX 8.  The MAX 9’s maximum range of 3,335 nm is the same as the  MAX 8, although the -9 needs an auxiliary fuel tank to reach this range.

Boeing is now in the final stages of preparing the MAX 9 for its first delivery to launch customer Lion Air Group.

Airbus Has Commenced the Maiden Flight of the A321LR

Airbus has commenced the maiden flight of its new long-range A321LR, the aircraft having lifted off from Finkenwerder airfield in Hamburg. It took off from the plant as weather conditions, including an overcast sky and rain, cleared sufficiently for the test.

The test aircraft, powered by CFM International Leap-1A engines, has a new fuselage door configuration which will enable customers to fit up to 240 seats.

The configuration will become the structural standard for future A321neo production.

The aircraft will have a 97t maximum take-off weight and optional additional fuel tanks, giving it the capability of operating on long-range routes up to 4,000nm.

Dassault Receives Orders for 41 Falcons in 2017

Dassault Aviation reports receiving orders for 41 Falcon Jets in 2017, up from 33 in the prior year; the termination of the Falcon 5X program resulted in three cancellations.

The French airframer delivered 49 business jets last year, up from a forecast of 45. Meanwhile, the company’s backlog decreased from 63 to 52 and some Falcon 5X cancellations have yet to be entered in the books.

The business jet market has yet to recover from the global financial crisis of 2008.

Bombardier has entered the final phase of a 14-month-old airworthiness campaign after the fifth Global 7000 business jet entered flight testing on January 30th.  The debut for flight-test vehicle (FTV) 5 keeps the program on track for gaining type certification in the second half of this year. 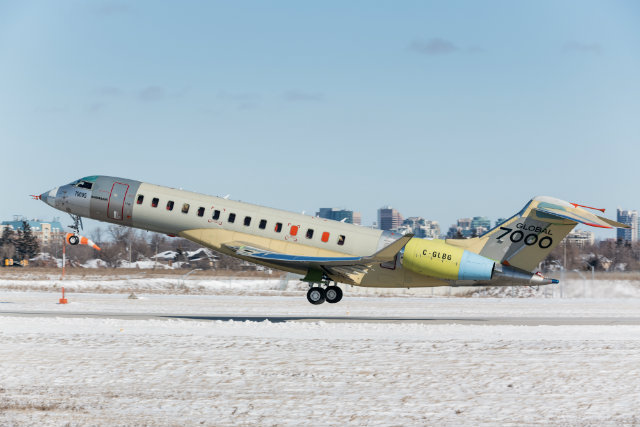 Bombardier has now logged more than 1,300 flight hours in the Global 7000 test campaign and completed fatigue testing on a full airframe, the company says.

The Global 7000 offers more room, with a cabin about 2.5m (8ft 2in) longer than the Gulfstream models.

The milestone was announced on February 14 by Spirit AeroSystems senior vice president and chief technology and quality officer John Pilla, a speaker at the Pacific Northwest Aerospace Alliance conference in Lynnwood, Washington.

The milestone aircraft is a 737 Max 8 scheduled for delivery to Southwest Airlines, Boeing says.

When that fuselage is integrated with wings, systems, engines and interiors in Boeing’s final assembly plant, the 737 will become the first aircraft of the jet age to achieve the 10,000th delivery milestone.

The first 737-100 entered service with Lufthansa 50 years and four days ago on February 10,1968. The type has progressed through four generations, including the original 737, classic, Next Generation and Max families. Southwest Airlines flew all variants with the exception of the 737-100.

Meridiana has been relaunched as Air Italy on February 19 in Milan by investors Qatar Airways and Alisarda. Akbar Al Baker pitches the “new airline” as a direct competitor to Alitalia, outlining a rapid expansion program involving several new domestic and international services.

Air Italy will take 20 Boeing 737 Max 8s plus five Airbus 330s over the next three years, on lease from Qatar Airways “at market rate”. It will also take 20 787s, bringing its fleet to 50 aircraft. The airline will be based at Milan Malpensa airport. 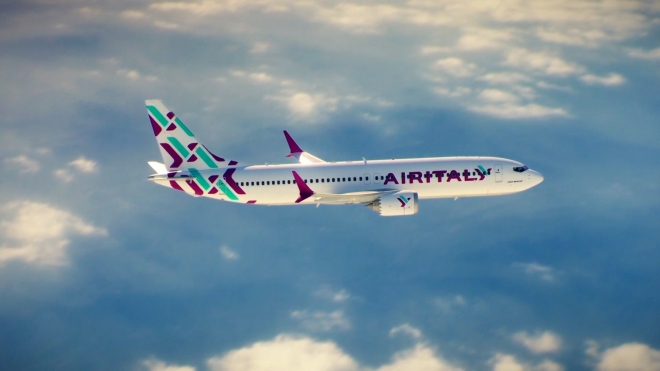 The airline will offer business-class cabins along its economy offering. Qatar Airways took a 49% stake in Meridiana last year and the remainder is held by Alisarda.

Copa Airlines flag carrier of Panama plans to grow its fleet by 25% by 2020 with the first of 71 Boeing 737 MAX arriving in August of this year.

The airline should receive five 737 MAX aircraft this year, followed by 10 in 2019 and 22 in 2022, says Ahad Zamany, VP technical operations, speaking at the Aviation Week Network’s MRO Latin America event. The last of the 71 should arrive in 2025.

To accommodate the expanding fleet, the Panama-based carrier broke ground on a new maintenance hangar in 2017 that should be finished in the fourth quarter of this year.

Southwest Cargo Set To Begin International Shipments in May

Southwest Airline announced on February 19th that it will roll out its new Southwest Cargo Suite(SCS) point -of-sale system this month and will begin international cargo shipments to destinations in Mexico in May.

The airline expects to add more routes in Mexico and the Caribbean through this year and build steadily on an international cargo business Southwest expects to be small — at first.

Southwest expects healthy trade units routes between the United States and Mexico, with northbound flights likely moving perishables to the U.S.,while flights to Mexico to transport a variety of cargo, including pharmaceutical products and e-commerce goods. 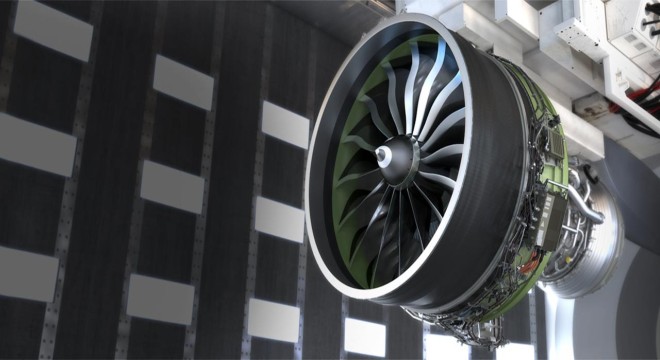 GE Aviation plans to open a new GE9X components manufacturing facility in Singapore and will draw on ideas and concepts from its existing parts repair center in the city-state.

It will grow its engine components footprint in Singapore after announcing plans to establish a new center to manufacture parts for the GE9X engine powering the Boeing 777X.

Announced at the Singapore Air Show on February 5, the new 50,000 square foot facility located at the City-State’s Seletar Aerospace Park will specialize in high pressure compressor vanes for the wide body engine, which to date amassed 700 orders. In the Asia-Pacific region, Aviation Week’s 2018 Fleet & MRO Forecast has an order backlog of 82 units for the GE9X,a figure not taking into account this year’s Singapore Air Show.

With plans to implement digital and lean manufacturing concepts at the new facility, the engine maker said it will draw on ideas and concepts from existing Singapore repair center.

Investments at the component service center include research into new repair processes’ lean lab for advanced manufacturing and utilizing the latest robotic technologies to drive greater efficiencies. These Commitments were made in anticipation of growing regional demand from engine types such as the CFM LEAP, GEnx and the GE9X.