Boeing introduced a digital records management capability to its Maintenance Performance Toolbox suite of products that will optimize maintenance operations and reduce costs for airlines.

Boeing has formally dropped the (X) suffix from its individual stretched 777 variants, although it will retain it for the overall family.

Boeing is officially referring to the variants as the 777-8 and the 777-9, the company said during the Dubai air show. But the combined family, Boeing adds, will still be known as the 777X.

The change brings the branding of the long-haul twin jets into line with those of Boeing’s 787 family and the 747-8.

Airbus is on schedule to deliver the first A320neo by the end of 2015 as planned, an Airbus executive confirmed on Friday November 13th, 2015

Qatar Airways is due to receive its first A320neo in December.  Akbar Al Baker said on the sidelines of the Dubai Air Show that he was “optimistic” would arrive before the end of the year, but he had concern relating to the Pratt & Whitney PW 1100G engine.

The Pratt engine, a geared turbofan is one of two power plants available to A320neo customers, with the CFM International LEAP 1A engine being the other option.

In early October, the first PW1100G-powered A320neo suffered “minor damage” during an incident during hot-weather testing in the Middle East.  Airbus CEO Fabrice Bregier later said the engine incident was not technical and was more about the life of the engine.  He said he was confident the European manufacturer would meet a year-end deadline to bring the A320neo into commercial service.

Asked whether there was any chance first delivery could slip into 2016, Van Der Heijden said, “I can confirm that we are on schedule to deliver the airplane by the end of this year.” 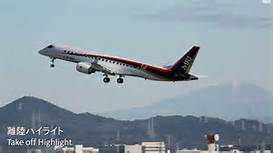 “Operational performance of the MRJ was better than expected”, Chief test pilot Yoshiyuki Yasumura said “We had a significantly comfortable flight”.

In a statement, Mitsubishi says flight tests in the US are scheduled to start in the second quarter of 2016, and that the manufacturer and Mitsubishi Heavy Industries will devote resources to the successful completion of the program. 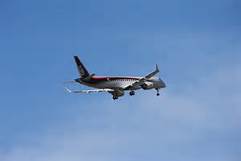 Mitsubishi has so far secured 223 firm orders for the MRJ, plus options and purchase rights for a further 184 aircraft.

Leaders from Boeing and Qatar Airways turned out in force for the event.  Baker said that while Qatar had at one point considered canceling its Dreamliner orders as Boeing struggled with early 787 production woes, he is now completely satisfied with aircraft.

Baker said he hopes that Qatar will exercise its options for more 787s in the near future, which he added would be conversions for larger 787-9s.

Qatar was the Middle East launch customer for the 787.

Boeing has jumped ahead of rival Airbus in narrow body business jet orders.  Boeing announced four orders for 737 Max based planes at the National Business Association Convention and Exhibition in Las Vegas.

Boeing now has nine orders for the 737 Max -based Boeing Business Jets, or BBJs, putting it ahead of Airbus,which has six orders for its A320neo-based Corporate Jet aircraft.

The trend is the reverse of what’s happening on the much larger commercial side, where Airbus is now far ahead, with 4,414 A320neo jets, versus the 2,931 firm orders Boeing has won for its 737 Max jets.

Buyers for the four new BBJ Max 8 planes were undisclosed,with three for one buyer in the Middle East, and one for a buyer in Asia.  It is customary for buyers of high end jets like this to remain anonymous.

The business jet sideline is a small but likely high margin market for Boeing.

It is especially important for the 747 line, where individual buyers are a significant proportion of the 747-8i intercontinental models sold. The larger private jet models, including 767s, 777s, 787s and 747s, are called VIP jets.

Three 747-8is entered service this year, after a lengthy and expensive conversions of their interiors. Boeing has landed nine orders for 747-8i VIPs.

Rolls-Royce has carried out the initial run of a demonstrator Trent 7000 engine, the power plant  which will be fitted to the Airbus A330neo.

The manufacturer said the power plant  successfully completed its first run on a testbed at the company’s Derby headquarters.

The engine is a successor to the trent 700 for the current A330 line, but will feature architecture from the Trent 1000-Ten built for the Boeing 787 and the Tent XWB for the A350. Airbus is aiming to put the A330neo into service in late 2017. 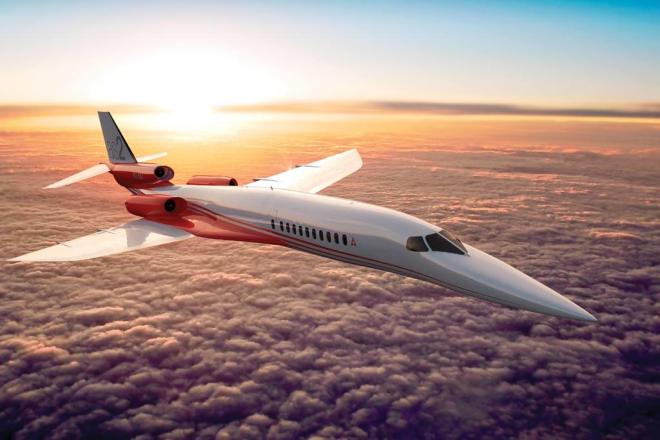 For the second-straight quarter, Lufthansa Cargo AG,the logistics and cargo arm of Germany’s Lufthansa Group, reported an operating loss.With no end to the current declining airfreight demand in sight, it is likely that the carrier’s cargo business will end up reporting its first full year operating loss in six years.

The declining cargo traffic comes against a background of increasing capacity and decreasing yield.Capacity was up 3 percent for the first nine months,driving cargo load factor for the period down 3.2 percentage points to 65.8 percent.the tend worsened in the third quarter,with load factor down 4.7 points to just 62.4 percent.

Given the current market conditions,and increased competition from airlines  from the Middle East and Turkey, Lufthansa Cargo said it would park two of its fourteen MD-11 fighters.This will leave it with a large freighters fleet,made up of five 777Fs and twelve MD-11Fs,but indicates the carrier is not expecting return to growth in  air freight demand anytime soon.

On a positive note,Lufthansa Cargo said its partnership with Japan’s All Nippon Airways (ANA,has been operating successfully since it launch in December 2014.

Lufthansa Cargo also said it was making progress on the implementation of new IT infrastructure for fright handling.The move,which is called “the biggest IT project in the company’s history,” is scheduled for completion by the end of this year.

In this age of modern air travel, it is relatively easy for anyone with the means to book a flight to almost any corner of the Earth. Unless that corner is Antarctica, a place where you cannot simply pave a runway and start landing planes.

In Antarctic locations such as Union Glacier, the runway is blue ice: dense, intensely blue glacier ice formed when snow falls onto glaciers, gets completed and recrystallizes.  This is generally a place for cargo and military jets, such as the Russian Ilyushin.

But commercial jets are making progress-and the Icelandic airline Loftleidir landed the first Boeing 757 on the blue ice runway at Union Glacier.   On Thursday November 26, 2016.The Flight was undertaken to prove the feasibility of landing commercial passenger airliners at Union Glacier, the airline said.

Antarctic Logistics & Expeditions (ALE), Loftleidir Icelandic and NAS Corporation Limited that had been working toward the landing for seven months.

Just months after being rejected by South Korea and weeks after the first flight, Boeing’s KC-46 has been selected by Japan to supplement the Nation’s KC-767 tanker fleet.

The announcement came from Japanese defense minister General Nakatani and constitutes a significant win for Boeing after a troubled start to the next-generation tanker development program with the US Air Force.

According to Boeing, KC-46 Pegasus is particularly attractive to Japan as it will be capable of refueling the Japan Air Self-Defense Force’s planned fleet of Bell-Boeing MV-22 Osprey helicopters.

Japan intends to procure three tankers for fielding in the 2020 time frame at a cost of $173 million per tanker.

Japan has funding for the tanker acquisition in its fiscal 2016 budget,and Boeing expects to receive a contract next year.  Good progress has been made since the first flight of the tanker in October, and Boeing still aims to deliver 18 operational aircraft to the Air Force by August 2017.

One thought on “Volume 2 Issue 12 The Kaplanian Report”