Boeing has announced that it will open a new research center in the Japanese industrial city of Nagoya. The new Boeing Research & Technology(BR&T) center will focus on researching aviation technologies that will have no impact on the environment, says Boeing.  The announcement follows a cooperation agreement between Boeing and Japan’s Ministry of Economy, Trade and Industry(METI).

Originally signed in 2019 with the focus on sustainability, the cooperation agreement has been recently expanded to cover hybrid-electric propulsion, batteries, and the manufacturing of composites for the future of urban mobility.

“Working with terrific partners like METI, the new center will expand upon Boeing-wide initiatives in sustainable fuels and electrification, and explore the intersection of digitalization, automation and high-performance aerospace composites for greater sustainability in our future products and production systems.”

Nagoya is heavily involved in the aerospace sector, and many Boeing suppliers are based there.  The BR&T-Japan Research Center adds to the company’s other regional R&D centers that are in Australia, China And South Korea.

The orders booked in August include deals for 13 737 Max aircraft – two for American Airlines and 11 for unidentified customers, Boeing said on September 13.  Additionally Boeing logged orders for five 787-9 from Irish lessor AerCap, eight 767 Freighters from UPS and four 767-based KC-46 aerial refueling tankers for Israel.

Airbus is nearing introduction of new interior configuration standard for the A350; it will permit 10-abreast economy seating and potentially add 30 seats to the aircraft’s accommodation.

The densification change will allow the A350-1000 to carry “well over” 400 passengers in certain configurations says chief commercial officer Christian Scherer.

He says the new standard provides “increased volume” in the cabin that allows the airframer to “very comfortably” put a ten-abreast layout in economy, and provide 20-30 more seats depending on the pitch.

Scherer stresses that this is achieved “without compromising seat width”, and involves fitting such features as a slights-reshaped cabin wall linings the walls are ”pushed out a little bit”, providing additional interior width.

“That’s something that is beginning to get good resonance in the market, because the comfort  standards of the A350 have proven to be unparalleled.” he says.  “The cabin altitude on the airplane, the air quality, the sound levels of the A350 provide passengers with a very unique comfort environment.”  Initial aircraft featuring the new standard will enter service shortly.

August orders for Airbus in August were 0.

Airbus deliveries for Airbus in were 39 aircraft from 22 customers.

Airbus activity for August shows the 19 aircraft cut in August in a single sweep were for Qatar Airways.

After receiving FAA type certification in late June, Daher said on August 30th, it has delivered its 20th TBM 960 turboprop single.  Florida businessman Johnie Weems took delivery of the milestone airplane at Daher’s aircraft division in Tarbes, France, and along with ferry pilot Margit Waltz made the transatlantic flight to Florida.

In all, 17 of the 20 TBM 960s delivered thus far have gone to U.S. customers, with the remaining three going to European customers.  Daher aircraft division senior v-p Nicolas Chabbert said demand is strong for the $4.7 million airplane.  ”We are nearly fully booked for 2023, with a significant percentage of these orders coming from customers in North America and Europe,” he noted.

Key features of the TBM 960 include the Pratt & Whitney Canada PT6E-66XT engine and Hartzell’s five-blade Raptor propeller, which are linked to the type’s dual -channel digital engine and propeller electronic control system.  Other improvements include LED ambiance strip lighting on both sides of the overhead cabin ceiling panel and electronically dimmable windows.

“The PW127XT-M is the new standard for operating economics, maintenance and sustainability for regional aircraft,” said Timothy Swail, vice president, Regional Aviation and APU Product Marketing & sales for Pratt & Whitney Canada.  This certification is an important step toward the entry into service of new ATR aircraft and we continue to support ATR as it builds a strong order Book.”

Revealed at the Dubai AirShow in November 2021, the PW127XT-M engine offers 40% extended time on the wing, 20% lower maintenance costs and 3% improvement infield efficiency, due to engine improvements making the regional turboprop even more sustainable.  Regional turboprops currently boast up to 40% improvement in fuel efficiency compared with similar missions for the 30-70 passenger regional jet aircraft market.

“Most notably, Braathens Regional Airlines flew on of its ATR 72-600 aircraft using 100% SAF in both its PW127M engines with excellent results.”

Qatar Airways provides one hour of free access to its ‘Super Wi-Fi’, powered by GX Aviation, with the option to purchase full access for the remainder of each flight.

The seamless and reliable broadband will be available across the airline’s aircraft and flight routes, allowing passengers to stay connected to family and friends, browse the internet, stream video and audio, enjoy social media, shop online and more.

The announcement comes as Qatar prepares to host the 2022 FIFA World Cup in November, with huge influx of tourists set to travel by air into Doha’s Hamad International Airport.  With a fully connected fleet, Qatar Airways passengers will be able to stay up-to-date with match scores, watch video replays and even livestream games from 30,000 fleet, enhancing their onboard experience.  Inmarsat is committed to meeting the bandwidth requirements generated by this forthcoming event and, alongside its partner Safran Passenger Innovations, installed and activated GX Aviation on the first Qatar Airways 787-9 aircraft in less than five months from contract award.

Akbar Al Baker, Qatar Airways Group chief executive, said, “Over the years,Qatar Airways has pioneered a range of game-changing innovations as part of our exceptional five-star passenger experience.  This in turn, has resulted in the international air transport rating organic Skytrax naming us ‘Airline of the Year’ an unprecedented six times.The laugh of our Super Wi-Fi powered by Inmarsat’s GX Aviation, is a prime example.  We were amongst the first airlines in the world to adopt this technology and remain the largest operator of GX-equipped aircraft in the Middle East and North Africa.”

Israel will ban Boeing 747 and similar aircraft with four engines as of March 31, 2023, to reduce noise and air pollution, its airport authority announced on September 4, 2022.

As part of a broader plan under development to improve the surrounding environment, the authority said that it had already told airlines they would not be able to land large aircraft at Ben Gurion Airport near Tel Aviv as of the 2023 summer season.

The directive is mainly for cargo aircraft since most, if not all, carriers have stopped using 747 and other four engine planes on routes to Israel.  Operation of aircraft with four engines will be allowed in exceptional cases and only with a special permit. 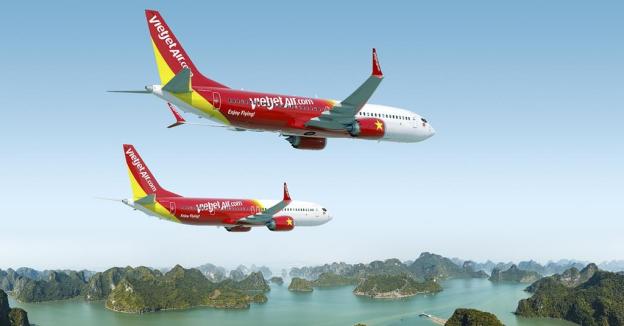 Vietnam low-cost carrier Vietjet Air has signaled that it will receive Boeing Max aircraft from 2024 to 2028, having recently reaffirmed orders for 200 examples.

“Vietjet and Boeing have agreed to revise the delivery schedule of 200 aircraft from 2024 to 2028 to fit the company’s growth and recovery after Covid-19,” says Vietjet.  “The new agreement provides more flexibility for aircraft deliveries and incentives for parties in taking new Boeing Max aircraft.”

Vietjet’s disclosure follows its announcement at July’s Farnborough Airshow that it reaffirmed the Boeing orders, with the first 50 aircraft earmarked for its Thailand affiliate, Thai Vietjet Air.

According to Boeing’s orders and deliveries data, Vietjet has 200 737 Max aircraft on order.  Though Boeing’s web site does not specify the variant, previously have indicated Vietjet is obtaining the 737 Max 200 variant.  The Carrier made the revelation in an investor presentation for the first half of its 2022 financial year to June 30. 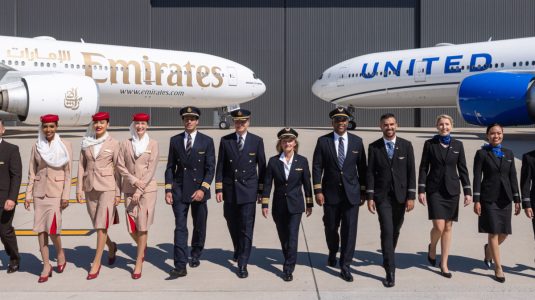 On September 15 United Airlines made this announcement:  United and Emirates announced a historic commercial agreement that will enhance each airline’s network and give their customers easier access to hundreds of destinations within the United States and around the World.

United will launch a new direct flight between Newark, New York and Dubai starting in March 2023 from there, customers can travel on Emirates or its sister airline fflydubi to more than 100 different cities. Tickets for United’s new Dubai flight are now on starting in November, Emirates customers flying into three of the nation’s biggest business hubs—Chicago, San Francisco and Houston—will have access to nearly 200 U.S. cities in the United network, most of which only require a one-stop connection.

At eight other U.S. airports served by Emirates—Boston, Dallas, LA, Miami, JFK, Orlando, Seattle and Washington DC—both airlines will have an interline arrangement in place. 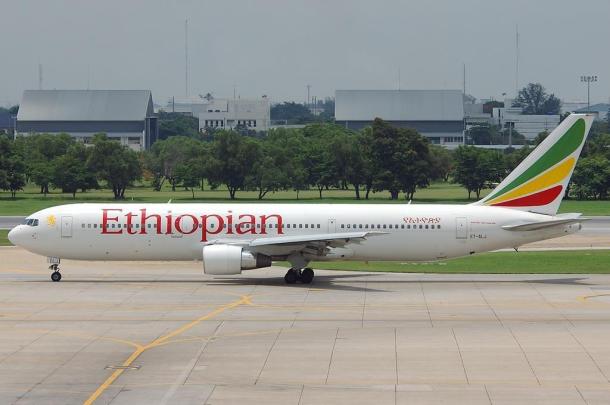 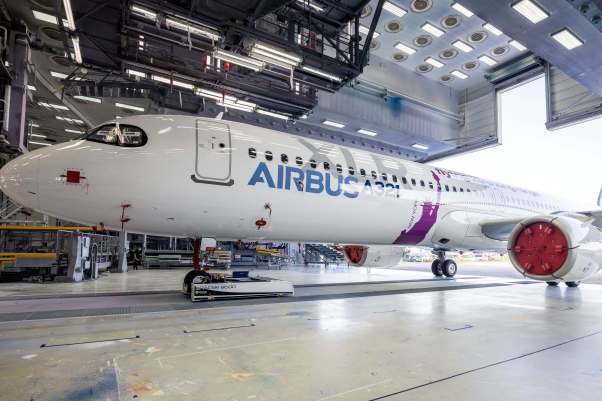 On September 15, 2022, Boeing CEO David Calhoun said Boeing is leaning toward developing a freighter version of its 787 Dreamliner as a replacement for the 767 freighter.  He said the cargo market is on a strong upward trajectory that will boost sales of all-cargo aircraft well into the future.

Boeing must terminate production of the popular 767 and 777 freighters at the end of 2027 to comply with global emissions rules.  The company recently launched the 777-X program as the next generation successor to the large 777, but has nothing in place for the medium widebody category.  Boeing has 43 firm commitments for the 777-8 freighter since it went on sale nine months ago, plus options for 18 more.

In the most definitive statement so far by any official about Boeing’s future freighter strategy, Calhoun told FreightWaves the 787 is the most likely candidate for the next cargo jet.

“We know there’s value in it a 787 freighter.  But we are going to pace all of our freighter developments,” he said on the sidelines of the U.S. Chamber of Commerce’s aerospace summit in Washington.  “We have a 777 coming down the pike.  The legacy is still in demand.  Someday.  Probably likely.  But we have not pulled any triggers.”

US Operator National Airlines has introduced a Boeing 747-400ERF to its fleet, an extended-range version of the high-capacity freighter.  The carrier which is based in Orlando but operates hubs in several locations, already has six 747-400Fs, as well as Boeing 757 and Airbus A330 passenger transports.

It identifies the latest addition as MSN53237, a General Electric CF6-powered airframe originally delivered to Russian freight carrier AirBridgeCargo in 2008.  National Airlines says the 747-400ERF, with a payload capability of 128t, is a “logical choice” for long distance cargo services.

Chairman Christopher Alf says the carrier is aiming to meet “growing specialized cargo demands” by offering “newer and innovative” options.  “Introduction of the 747-400ERF aircraft is part of our greater vision to modernize our fleet and enhance our service offerings to our customers,” he says.

National Airlines underlines the flexibility presented by the 747’s nose-loading door, and says the aircraft is “particularly suitable” for cold-chain shipment. 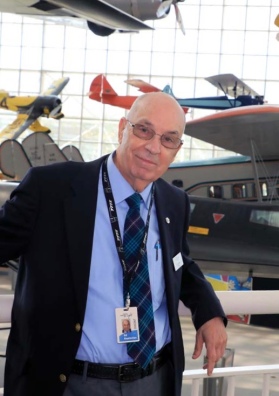