The Roof is Almost Complete on the 777X Composite Wing Center in Everett.

The progress over the past few weeks on the Composite Wing Center in Everett for the 777X has been phenomenal.

The roof over the massive 1.3 million square foot building is nearly complete, and the walls are also going up at a rapid pace.

A milestone was also reached, after completing the area where the autoclave vendor can start installation. The first of three giant autoclaves – some of the largest in the world – is also nearly completed.

The Composite Wing Center is on track to be finished in May of 2016. (see attached photos courtesy of Boeing)

Airbus has achieved EASA certification of Airbus’ Runway Overrun Prevention System (ROPS) technology on A330 Family aircraft. This on-board cockpit technology, which Airbus pioneered over several years, is now certified and available on all Airbus Families. ROPS is an alerting system which reduces exposure to runway overrun risk, and if necessary, provides active protection. Korean will become the first A330 operator to implement ROPS on its A330s in service in the coming months.

Runway excursion-meaning either an aircraft veering off the side of the runway, or overrunning the very end-remains the primary cause of civil airliner hull losses, particularly as other formerly prevalent categories of aircraft accidents have now largely been eliminated. Furthermore, various industry bodies including the EASA, NTSB, Eurocontrol and FAA recognize this and are fully behind the introduction of effective measures by commercial aviation stakeholders to eliminate the risk of runway excursions.

Bombardier has disclosed details of the minimum-unstick testing on the initial CSeries variant which it conducted at a regional airport in Kansas. One of the CS100 prototypes, FTV4, performed the tests at Saline airport during May.

The twin jet was fitted with a projecting bumper underneath the aft fuselage for the tests, which explore the minimum speed at which the CS100 can lift off at high nose altitude.

FTV4 has been fitted with cameras underneath the fuselage to monitor the bumper and the exercise also required simulation and modeling before being carried out.

After early hiccups, Boeing’s 787 Dreamliner is turning into a stellar performer for airlines. That is creating an unexpected headache for the company that makes the plan’s cockpit displays.

The problem: Rockwell Collins Inc. finds itself with a bulge of unsold spare parts because the monitors used by pilots to track the jet’s radar and performance are proving more reliable than expected, Chief Executive Officer Kelly Ortberg said on July 24th.

The Cedar Rapids, Iowa-based company is tweaking forecasts for other new jets using the gear, such as Boeing’s 737 Max and the 777X, Ortberg said.

“I am not going to feel bad about building and designing a really good piece of equipment,” Ortberg said in a telephone interview. ”We’ll go adjust the reliability that we had originally predicted to more of what we’re actually seeing in the marketplace.”

The Dreamliner entered service in 2011 after more than three years of delays. With the plane’s all-new technology, Rockwell Collins had no track record on which to project a replacement rate for its spare parts, Ortberg said.

Now, the company will use the improved reliability to persuade operators of Boeing’s 757s and 767s to upgrade to new equipment. Jet kerosene at close to a six-year low is a lure for airlines to retrofit older planes they otherwise would have retired, Ortberg said.

SWISS will be ushering-in a new era in the history of its long-haul aircraft fleet next January with the arrival of the first of its nine new Boeing 777-300ERs.

In SWISS configuration the new twin jets will seat 340 passengers. They will also offer a state-of-the-art cabin product in all three seating classes, including wireless internet connectivity. The 777 will be deployed on routes to and from Asia, South America and the US West Coast from the 2016 summer schedules onwards.

In SWISS configuration the Boeing 777-300ER will offer 340 seats: eight in First Class,62 in Business Class and 270 in Economy.  The totally redesigned cabin interior of the new SWISS flagship will provide comfort and aesthetics to meet the most discerning of demands in all three seating classes.

The SWISS First seat will be transformable into the occupant’s own private suite that includes a 32-inch screen, the largest in the industry. SWISS First guests will also enjoy electrically-adjustable window blinds and their own personal wardrobe. 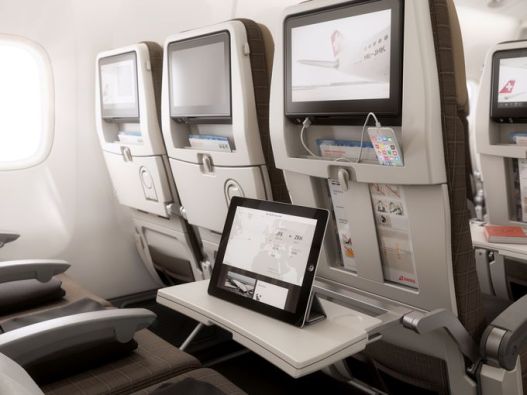 SWISS Business travelers will enjoy an in-flight product that has been further enhanced and refined on the basis of customer feedback. The seating arrangement offers optimum privacy and freedom of movement, while the seat cushion’s firmness can be individually regulated. All the seats in the SWISS Business cabin can also be quickly and easily converted into a lie-flat bed .

The 777 will deliver 23% lower unit costs compared to the Airbus A340,” which especially helps on routes to Asia where we face tough competition mainly from Gulf carriers,” SWISS CEO Harry Hohmeister said.

The engine, sent to the Chinese manufacturer’s first assembly center near Shanghai Pudong International airport, will be installed on the first C919 flight test aircraft. This pushes the first aircraft toward a roll-out by the end of the year, and a first flight in 2016. 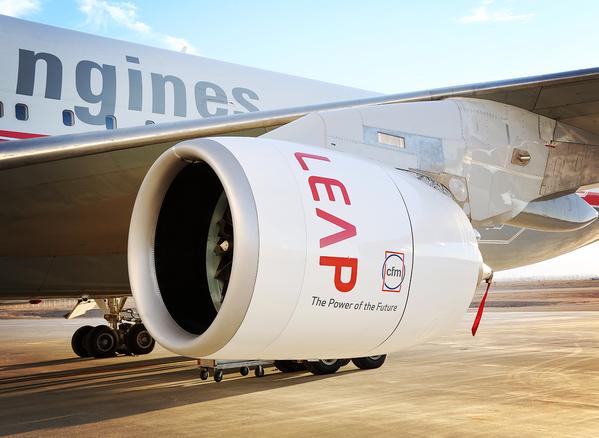 The first Leap-1C engine completed a flight test program in late 2014 on a modified 747 flying testbed at Ge’s facilities in Victorville, California. The test program includes a comprehensive test schedule that looked at various functions including engine operability, stall margin and performance, and also validated advanced technologies incorporated in the engine, says CFM.

The engine maker adds that there are currently more than 30 Leap engines on test or in final assembly, and that the program has logged more than 4,730 certification ground and flight test hours totaling 7,900 cycles.

Comac has so far received commitments for 507 C919s, mostly from Chinese airlines and leasing companies. 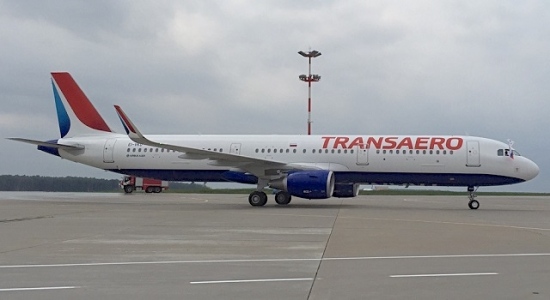 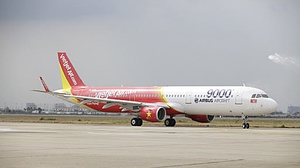 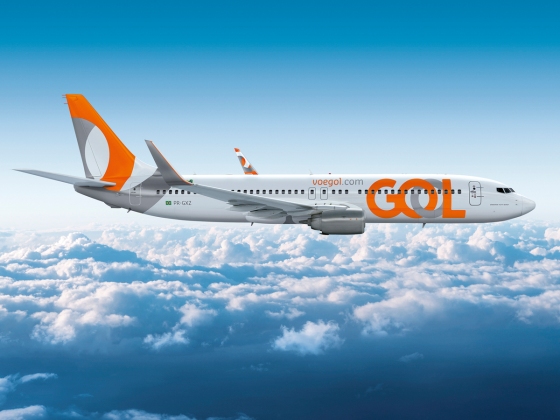 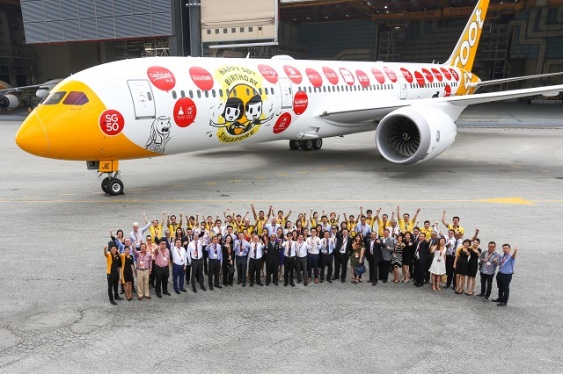 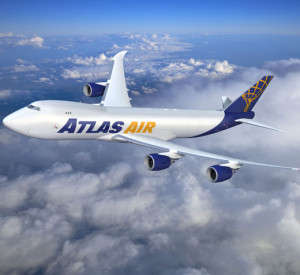 Atlas Air Worldwide has echoed Boeing’s optimism about the air Cargo market, saying it will bring a 747-400 out of desert storage and buy two 767 passenger aircraft to convert to freighters to go along with the 10th 747-8 freighter the operator will add to its fleet in November.

Cowen analysts say the decision to put the parked 747-400 back into service is the result of extra work created by the U.S. military bolstering its forces in eastern Europe.

Boeing has unveiled the first of 12 Australian EA-18G Growler electronic attack aircraft at a ceremony in St.Louis, Missouri, and the company officials the second example is already in flight testing.

Once the second aircraft delivers this month, the two examples will be delivered to Naval Air Weapons Station China Lake where Australian pilots are currently training with their US Navy counterparts. Those aircraft will also visit the US Navy’s home of airborne electronic warfare at Naval Air Station Whidbey in 2016 before moving to Australia in 2017.

Delivery of the first aircraft, tail number A46-301, is a significant milestone for the Royal Australian Air Force(RAAF),which will soon be able to shut down enemy surface-to-air missile, radars, electronic transmissions, communications equipment across a wide area.

Daniel Gillian, Boeing Defense, Space and Security’s vice president of F/A-18 and EA-18G programs, says the Aussie Growler entered flight testing on July 13th and the second aircraft is fully assembled and flying. He says it is the 116th Growler delivered to date out of a165-aircraft program of record for the Navy and the RAAF.

After 51 years of service with the US Marines Cops, the Boeing-Vertol CH-46 Sea Knight flew for the last time on August 1st at a retirement ceremony in Chantilly, Virginia.

The Sea Knight which, made its combat debut in Vietnam, is being put on display at the Smithsonian Institution’s National Air and Space Museum in Chantilly, Virginia, but will eventually move to a new annex at the National Museum of the Marine Corps in Quantico, Virginia.

The twin-engined, tandem-rotor aircraft flew in August 1962, and the first production examples was delivered in 1964 as a medium assault transport helicopter.