The Partnership was inked on the sidelines of this year’s Seoul ADEX, and sees Korean Air and Jin Air renewing their contracts for pilot training services.  The five-year agreement covers both carriers’ Boeing fleet, such as the Boeing 737s, 777s and 787s.  Boeing Global Services did not indicate the value of these contracts.

Late September, (see October edition of kaplanianreport.com for more details) the business unit clinched nearly $50 million worth of orders and contracts from Asia Pacific carriers, primarily for the digital products.

It has forecast that the Asia Pacific commercial aviation services market will grow by 5% per annum over the next twenty years and estimates the sector to be worth $3.4 billion by 2038.

A350-1000 to be Airbus’s Lead Candidate for Project Sunrise

Airbus is putting forward a longer-range A350-1000 as its lead contender for Qantas’s ultra-long-haul initiative, Project Sunrise, as the Australian carrier prepares to conduct test flights using Boeing 787-9s.

Qantas had requested submissions from both both Airbus and Boeing which would meet the challenging demands of Project Sunrise, which aims to provide nonstop services to Australian east coast cities from NewYork and London.

It is conducting three simulations of Project Sunrise routes- from London and New York to Sydney- using 787-9s on “repurposed” delivery flights in October, November and December, the carrier states.  The 787s will carry only around 40 people to ensure sufficient range.

While 787s are already used by Qantas on nonstop services between London Heathrow and Perth, Boeing is offering the 777-8 as its Project Sunrise candidate— although development of the long-range twinjet has been put on hold.

Airbus confirmed it is offering a version of the A350-1000 in the Qantas ultra-long -haul competition around its Project Sunrise initiative that would enable the airline to launch nonstop flights from Australia’s east coast to London and New York, among others.  “The airplane will be available in the timeframe required by Qantas at the end of 2022,” Airbus head of A350 marketing, Marisa Luisa Ugena said.

According to the Project Management Institute, the world’s leading association for the project management profession, the E190-E2 was an extremely complex program.  It is a virtually new airplane, new production system, a new and more connected airplane and customer support, and a new global supply chain spread throughout the US,Brazil,Europe and Asia.

The PMI Project of the Year Award recognizes a large and complex project that best delivers superior performance in terms of project management practices, superior organizational results, and positive impacts on society.

The institute also highlighted Embraer’s challenge to bring a family of commercial aircraft to market on schedule and on budgets as well as exceeding performance targets.

“The E2 represents a new benchmark for crossover jets, and we are honored to receive this prestigious award, recognizing the excellence of all Embraer’s teams involved in the program,” said Luis Carlos Affonso, Embraer’s vice president of strategy, innovation and former COO of Ember Commercial Aviation.

Boeing did not specify a delivery timeline for the five aircraft; the commitment has yet to be finalized into a firm order.

At the start of the year, the Seoul-based carrier said that it plans to operate 10 787-9s over a five-year period, of which five would come from lessors.  In April it signed a lease agreement to take three 787s from Air lease.

“We are honored to welcome Air Premia as Boeing’s newest customer.    As new entrants in Asia continue to launch innovative business models and strategies for growth, we are excited that Air Premia have selected the 787-9 Dreamliner to power their future fleet,” says Boeing’s senior vice-president of commercial sales and marketing Ihsanne Mounir.

Air Premia plans to begin services in September 2020, starting off with services within Asia before expanding into long-haul routes in 2021. 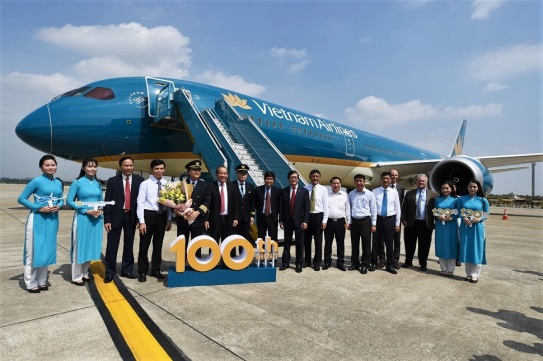 Vietnam Airlines has hit the 100-aircraft milestone with the delivery of a Boeing 787-10, its third example of the variant.

The airline celebrated the arrival of the aircraft with a ceremony at Hanoi’s Not Bai International Airport, attended by deputy prime minister Truong Hoa Binh.

“ This opens up new development opportunities for Vietnam Airlines on its quest to leverage Vietnam’s aviation industry among leading airlines in the region and the world,” says company chairman Pham Ngoc Minh.  The airline has used the type between Ho Chi Minh City and Hanoi, as well as on services to South Korea.

AeroTEC of Seattle has inked a deal with Rolls-Royce to convert a retired Qantas 747 into a testbed aircraft for evaluating new engines and engine technology.

Under the deal announced on October 15 at Moses Lake, Washington  Rolls-Royce has bought a retired Qantas Airways 747-400 airliner that flew passengers for more than 20 years as part of a $70 million investment in new engine technologies that will be tested at the former Air Force B-52 bomber base.

AeroTEC engineers and technicians will spend the next two years converting the 747 from a passenger jet with 364 seats to a state-of-art flying testbed equipped with instruments and systems that record measurements of in-flight engine performance.

Rolls-Royce took delivery of the Qantas 747-400 at AeroTEC flight test center in Moses Lake on Monday, October 14 after it flew from a storage facility in Southern California.

Gareth Hedicker, a Rolls-Royce director of development and experimental engineering said the collaboration with AeroTEC involves a “significant investment” that will transform the 747 into “ the jewel in the crown of our global test programs.” 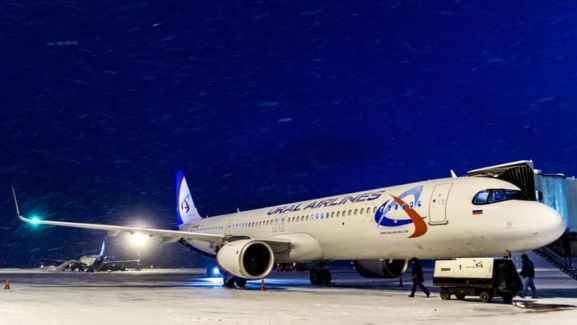 Lufthansa Cargo has ordered a further two Boeing 777 Freighters as it accelerates the retirement of its remaining MD-11Fs.

The freighter operator says the latest order is part of a fleet modernization program that will see the carrier retire its 10 MD-11Fs by the end of 2020, four years ahead of a previous target.  The 777Fs will be based at the carrier’s hub in Frankfurt.

Lufthansa Cargo says the higher capacity and range of the new aircraft would allow it to achieve the same performance with fewer aircraft movements.

The airline currently operates seven 777Fs, alongside its ten MD-11Fs.   In addition to its own fleet,  Lufthansa Cargo can utilize the cargo capacity of four 777Fs operated by Aerologic, a joint venture between the German carrier and DHL. 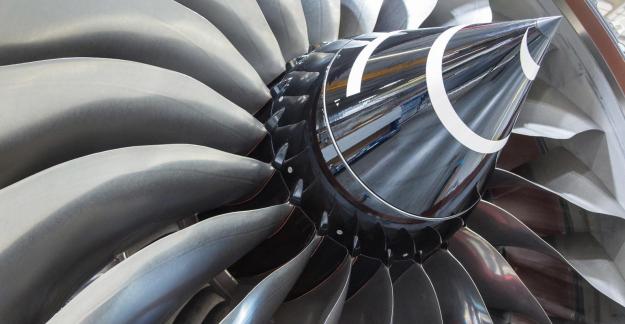 After some fumbled early communications, Rolls-Royce has been relatively open about the ongoing issues affecting its Trent 1000 engines.

Unfortunately, such transparency also serves as a reminder of how the manufacturer has consistently underestimated the scale of its problems.  In its latest trading update, Rolls-Royce predicts that Trent 1000 problems across all variants will cost about $3.1 billion (2.4 pounds) from 2017-2023, which is about 1billion pounds more than forecast a little over a year ago.

Having certified fixes for the durability problems affecting Package B and C variants of the Trent 1000, Rolls is now focusing on the newest iteration, the Trent 1000 TEN.

Ironically it was this engine, which share just 25% parts commonality with earlier builds, that was supposed to put Trent 1000 problems to bed; instead, its issues appear to be among the most serious.

The OEM had hoped to start retrofitting a redesigned high-pressure turbine blade for the TEN from 2020, only to announce the first week of this month that even the redesign “will not deliver a sufficient level of enhanced durability.”  Asa result it has penciled in the retrofits for early 2021.

According to Rolls-Royce chief executive Warren East, the delay “will give our customers and ourselves a higher degree of certainty as we plan for the servicing of the fleet over the coming years.”