United Airlines and two other major U.S. Carriers said on Thursday, May 13th, they will quickly repair more than 60 Boeing 737 Max planes grounded early in April over an electrical problem that could have interfered with some critical systems.

Boeing sent all affected carriers service bulletins late on Wednesday the 12th on how to address the production after the FAA had signed off on the service bulletins. The electrical problem being repaired did not cause any in-service failures, the FAA noted.

United spokeswoman Leslie Scott said on Thursday the airline expects its “ Boeing 737 Max aircraft to return to service in the coming days as we complete our inspection process and ensure those aircraft meet rigorous safety standards.”

American Airlines, which said it would begin making required changes and anticipates “all affected aircraft will begin safely returning to service in days.”

Southwest, which has 32 affected planes, said it estimates the work will take two to three days per aircraft.

The FAA said in a statement last month that other carriers affected by the electrical issue were Cyman Airways, Copa Airlines, GOL Linhas Aereas, Iceland Air and a few more. 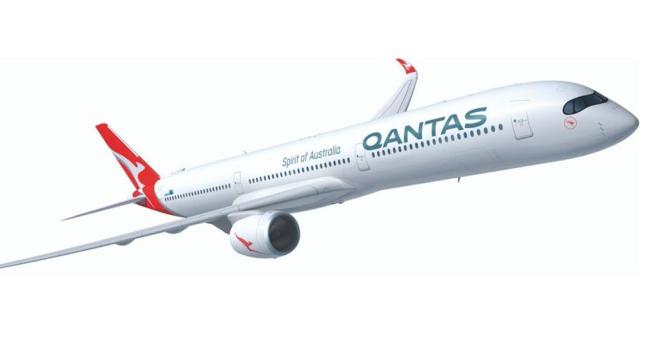 Airbus has formally listed its highest weight variant for the A350-1000, which will have a maximum take-off weight of 319t.

This version of the twinjet, designated as weight variant WV006, is 3t heavier than the previous 316t variant WV002 and WV011.

Fuel capacity of the new variant remains the same as the others figure Airbus gives as 156,000 liters- although the European Union Aviation safety agency puts the -1000’s usable fuel under 158,800 liters including nearly 100,000 liters in the center tank.

The 319t aircraft is listed with a maximum zero-fuel weight of 223t, in revised airport planning documentation, and maximum landing weight of 236t. No payload-range data has been featured for the variant. Airbus still lists the typical range of 316t version at around 8,200nm with 366 passengers.

The Program aims to provide non-stop service to cities including Sydney and Melbourne from points such as London and New York. However, as a consequence of the pandemic, the airline has yet to order the intended A350-100s and has indicated the introduction of Project Sunrise flights is being pushed back at least to 2024.

Swiss aircraft manufacturer Pilatus announced on May 4th that it has delivered its 1800th PC-12 single-engine turboprop. According to the company, the PC-12 fleet has logged more than 8 million flight hours since receiving its FAA type certificate in 1994. It has seen service in areas including executive transport, commuter and regional airline operations, medevac flights, police and border surveillance and cargo transport. Pilatus delivered a total of 82 PC-12s last year.

“The PC-12 program continues to exceed all expectations original set for it by Pilatus,” said Pilatus Business Aircraft CEO Tomas Bosshard. ”the market response to the PC-12 NGX has been fantastic, and we are seeing many operators of earlier PC-12, twin turboprops, and light jets making a switch to an aircraft which offers proven reliability, performance and safety combined with the latest in engine and avionics technology.”

The latest PC-12 model, the PC-12 NGX, was introduced at the 2019 National Business Aviation Association Business Aviation Convention & Exhibition (NBAA-BAC). It has a range of 1,803 NM, top cruise speed of 290 knots and full fuel payload of 988 pounds. The PC-12 NGX is powered by the Pratt & Whitney Canada PT6E-67XP engine.

KLM has debuted a cabin upgrade for the first of 14 Boeing 737-800s, part of a fleet revamp it aims to complete by March next year.

The refurbished aircraft, which are mostly deployed on European flights, have new seats in economy and business classes. The seats are around 20% lighter than previous seats, contributing to estimated annual savings of 58 tons of fuel and 184 tons of CO2 emissions per aircraft.

The Upgraded cabins also have onboard connectivity, USB ports for charging devices, and longer overhead bins.

KLM executive vice-president customer experience, Boet Kreiken, says: “KLM wants to offer its passengers even more comfort on European flights, while reducing the CO2 emissions of flights. That is why KLM continues to invest in its onboard product and sustainability and can continue to meet our customers’ expectations and emerge stronger from the crisis.”

Russian airframer Irkut has received the first MC-21 wing panels for a serial production aircraft, delivered to the Irkutsk-baed facility by road.

Irkut will use the panels for the initial customer aircraft. This will be a-300 variant, powered by Pratt & Whitney PW1400G engines.

It says the use of strong, lightweight composite materials for the wing will improve aerodynamic performance and support a large fuselage diameter.

Recently launched US start-up Avelo Airlines will expand to the US East Coast this year with flights from Tweed New Haven airport in Connecticut.

Avelo will also open a crew base at Tweed, which has struggled to retain air service in recent years, despite being located with the populous New York metropolitan area.

The Airline, which began operations on April 28 with flights from Burbank, California, will begin flying from Tweed in the third quarter, using Boeing 737-700s, it says on May 6.

Avelo has not disclosed which routes it will serve from New Haven.  The airline also agreed to invest $1.2 million to help “upgrade and modernize facilities and operations” at Tweed.

Those funds are part of a $100 million project underway at Tweed that includes construction of a new terminal and a runway extension.  Avelo intends to base more than 100 staff at Tweed, including pilots, flight attendants, customer support staff and technicians.

In the past 15 years, airlines had operated flights from New Haven to cities including Baltimore, Cincinnati, Philadelphia and Charlotte & Chicago.  In the past decades, commuter airlines also flew from Tweed to various destinations within New England.

These days, however, Tweed has just one commercial airline route—a flight to Philadelphia operated by Republic Airlines on behalf of American Airlines. 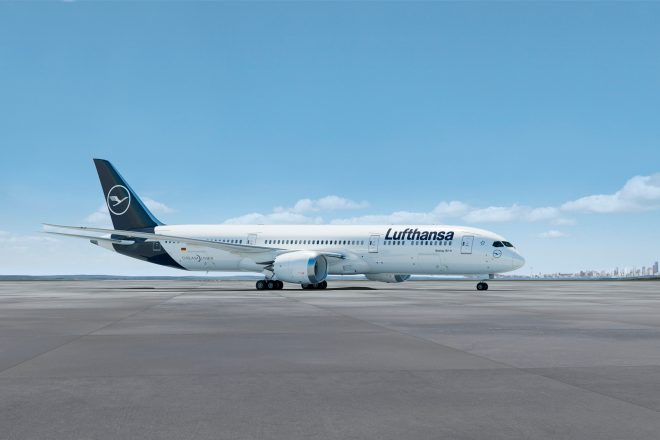 Lufthansa Group has ordered 10 Airbus and Boeing wide bodies as it continues modernizing its fleet, with a goal of reducing fuel consumption and cost.

The German carrier has placed orders for five A350-900s and five 787-9 Dreamliners, bringing the number of new aircraft to be delivered in this decade to 175, it said on May 3rd.   The twin-engined types will replace the airline’s four-engined A340-family aircraft.

“Even in these challenging times, we are continuing to invest in a more modern, more-efficient and a much lower-emission Lufthansa Group fleet,” says the carrier’s chief executive Carsten Spohr .

“ At the same time, we are pushing ahead with the modernization of our long-haul fleet even faster than planned prior to the coronavirus pandemic due to anti-cyclical opportunities.”

The carrier now has a mix of 45 787s and 777s on order with Boeing.  The Dreamliners will join the fleet during the coming winter season, the airline says, and the following will arrive in the first half of 2022. 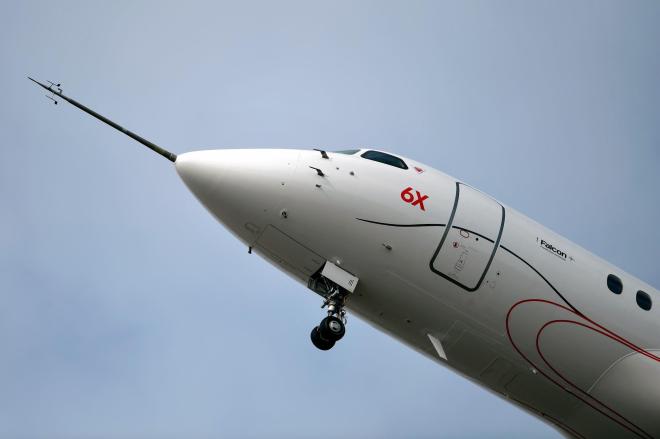 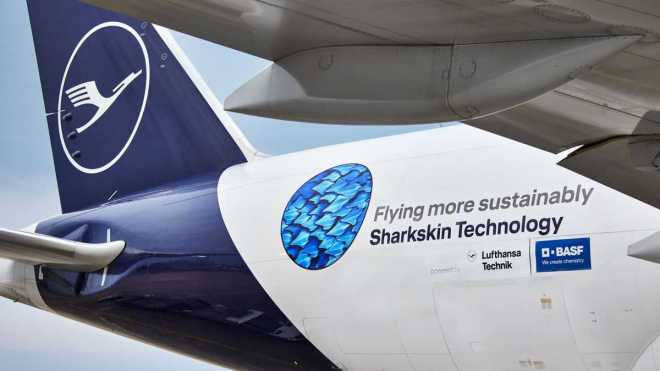 The airline will be improving its aerodynamics based on what it has learned from sharks.  It will soon be coating its aircraft with AeroSHARK: a foil that reproduces the features of sharkskin, which has evolved since the Paleozoic era a good 500 million years, and gives the animals tremendous gliding ability.  What has proven its worth in water could also be useful in the air, Lufthansa Cargo, Lufthansa Technik, and chemical producer BASF reasoned.  The result of their joint efforts is an artificial sheathing layer for aircraft, reducing kerosene consumption.

According to the three companies’ joint release published on May 3rd, Lufthansa Cargo will equip its entire fleet of 10 Boeing 777 freighter aircraft with AeroShark.  That’s what they call their product foil that mimics the fine structure of sharkskin, consisting of riblets measuring around 50 micrometers each.

Equipping the 10 777 freighters with the foil translates into annual savings of around 3,700 tons of kerosene and just under 11,700 tons of greenhouse gas emissions.  This is the equivalent of 48 individual fighter flights from Frankfurt to Shanghai.

But just incasing the freighters with sharkskin foil is  definitely not enough since it is a material modification and requires official approval.  Therefore, Lufthansa Cargo first has to obtain a Supplemental Type Certificate (STC) for its 777F from the European Union Aviation Safety Agency(EASA)-Mandatory for operation-before the film can be applied.

The express cargo operator has received one 737-800BCF-an ex-Ryanair aircraft, registered VQ-BFR-from the lessor.  They will build on the pair of 737-800BCFs which were introduced to Moscow Vnukovo-based Atran’s fleet in 2019.

Atran general director Vitaly Andreev says the type, which offers up to 23.5t of payload capability, ”constitutes the backbone” of the airline’s fleet.

“Additional aircraft will enable us to provide more solutions and guarantee high-quality services to our customers,” adds Andreev.  GECAS has over 60 converted 737-800s on order of which 34 have already been delivered.