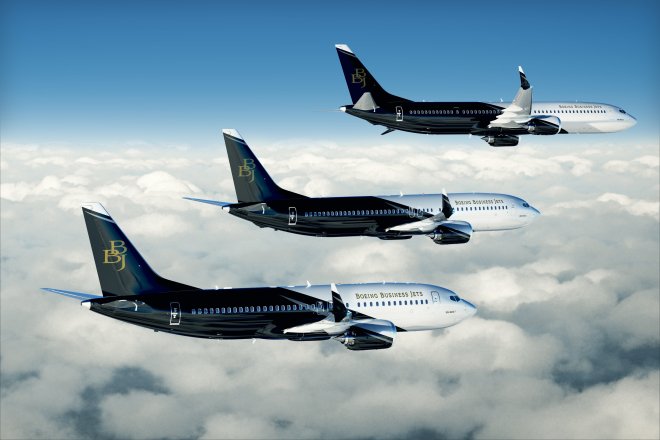 Boeing has a long history of manufacturing aircraft for commercial and private use but eventually combined the two products into an official line of business jets.

The first Boeing Business Jets concepts were imagined in 1996 by Phil Condit, president of Boeing, and Jack Welch, chairman & CEO of General Electric as a joint venture project.  Their first proposal was based on the Next-Generation 737-700 jet.

The plane could fly over 7,000 miles nonstop, connecting cities like New York to Tokyo and London to Johannesburg & offered ample cabin space.

The First two BBJ737s were delivered the week on Nov. 23, 1998, with one going to General Electric and the other going to an undisclosed customer.  The best selling jets, based on the 737, were offered in the following three variants:

The three variants offered were as follows: 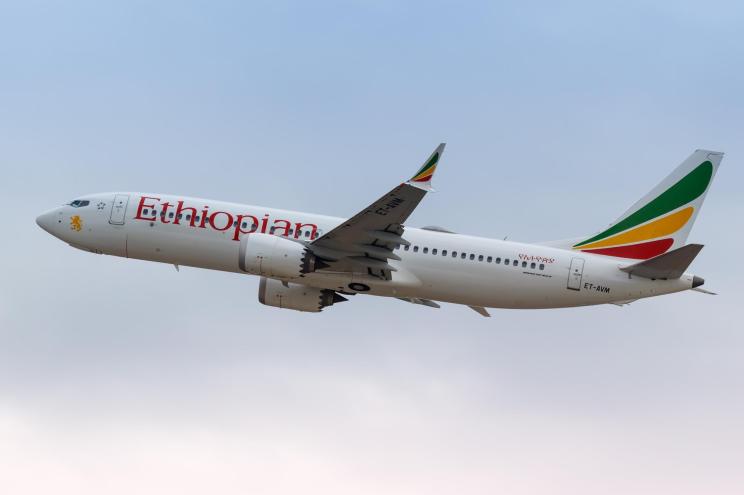 Ethiopian Airlines intends to resume operations with Boeing 737 Max 8 jets next month.  The Addis Ababa-based carrier said on December 27th that it is in the “final stage” of returning the type to service, with first flight expected on February 1st.

Indonesia has lifted the grounding of the Boeing 737 Max, becoming the latest Major Asia-Pacific jurisdiction to clear the type for return to service.

“DGCA Indonesia’s decision is an important milestone toward safely returning the 737 Max to service in Indonesia,” says Boeing.  “Boeing continues to work with regulators and customers to return the airplane to service worldwide”. 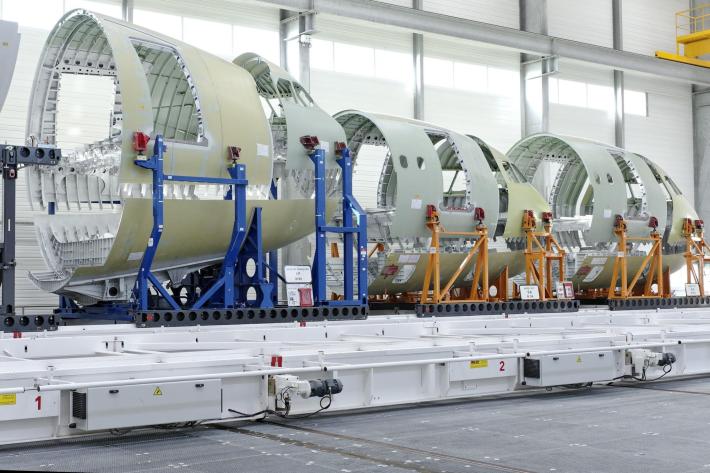 Airbus, in April of last year, disclosed its intention to consolidate its aerostructures operations into two companies – one in France and one in Germany.  Airbus Atlantic is the new French operation.

Airbus Atlantic will be an essential element in the group’s value chain and will play a key role with regard to the aero structure supply chain.

Airbus has not disclosed more details about the new German company.

Jet Aviation handed over its first Boeing 787-8 with a VVIP cabin interior completion to an undisclosed customer.  Finishing the work on schedule, Jet Aviation took delivery of the green Boeing 787 at its completion center in Basel, Switzerland, in October 2019.

The company installed a low-weight, quiet cabin that was conceptualized by an external design studio and included a number of complex features engineered and produced in-house, Jet Aviation said.

“The exceptionally low cabin noise Jet Aviation achieved on this aircraft is a culmination of long-term collaborative research and development between us, universities, OEMs, and partner companies,” said Enrique Garrido Bosch, completion program director for the program.

Jet Aviation was able to keep the aircraft under target weight and maintain its schedule using existing EASA supplemental type certificate (STC) for certifying interior installations on Boeing 787s, added Jeremie Caillet, senior v-p of regional operations EMEA.  The STC was the first of its kind for a  completions center, he added. 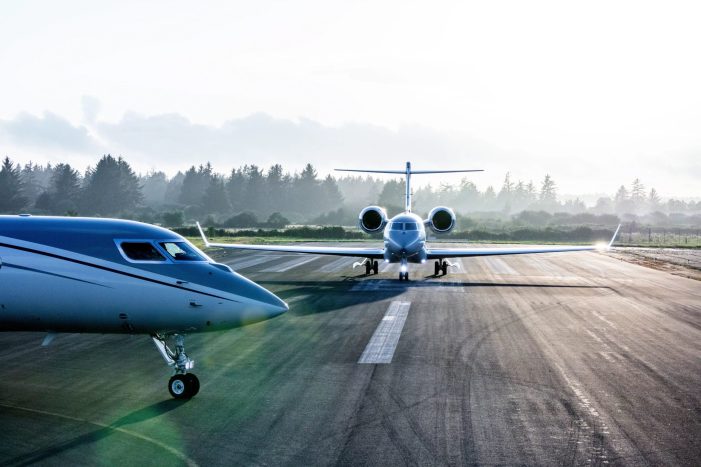 Both aircraft successfully demonstrated steep-approach landings into London City Airport in England, as well as Lugano Airport and Sion Airport in Switzerland.

Following official Federal Aviation Administration (FAA) and European Union Aviation Safety Agency (EASA) steep-approach certification, anticipated this year, the G500 and G600 will gain access to challenging airports such as London City, which requires the certification due to its short runway and stringent noise-abatement requirements, as well as Lugano and similar airports located in the mountainous region of Switzerland.  Lugano’s short runway, situated in the mouth of a valley, requires an extremely steep approach.

“The takeoff and landing performance we demonstrated in Europe was key in the process of securing customers’ access to even more locations worldwide, saving them even more valuable hours per year,” said Mark Burns, president, Gulfstream.   “ Our customers already benefit from GulfStream’s high-speed performance advantage when flying, the investment we’ve made in flight testing and continuous improvement delivers even more value with increased flexibility.”

Emirates Receives Its 123rd A380 Delivery 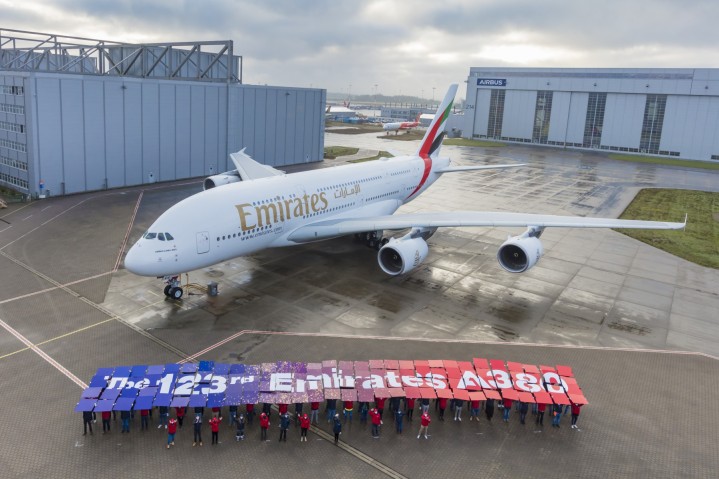 Emirates was the first airline to announce an order for the A380 at the 2000 Farnborough Air Show when the aircraft was marketed as the A3XX.  This was followed with a firm commitment and additional order for 15 more units at the 2001 Dubai Air Show, a bold statement just six weeks after the events of 9/11 challenged the industry like never before.

Sir Tim Clark, President Emirates Airline said: “The A380 is truly special aircraft in so many ways.  For Emirates, it gave us the opportunity to redefine the travel experience, efficiently serve demand at slot-constrained airports and bolster our network growth.  The A380 will remain Emirates’ flagship product for the coming years, and a vital pillar of our network plans.

“The aircraft we are receiving today features our latest cabin products including Premium Economy.  Compare it to our very first A380 delivered in 2008 and you will see a myriad of enhancements and upgrades invested in ensuring that the Emirates A380 experience is unparalleled.  We like to thank Airbus and all program partners for enabling us to push the envelope to introduce many innovative industry firsts, and importantly, deliver the best product for Emirates’ Customers.”

CDB Aviation, a wholly owned Irish subsidiary of China Development Bank Financial Leasing Co. Ltd., has announced the completion of deliveries of a fleet of fifteen new Boeing aircraft to U.S.-based United Airlines Holdings, Inc. The sale and leaseback transaction covered a fleet of two 787-9 Dreamliners and thirteen 737 MAX 8 aircraft, which were delivered between 2020 and 2021.

The two 787-9s are powered by General Electric GEnx engines and configured in a 257 seat layout with new Polaris and Premium Plus cabins.  As air travel returns, these wide body aircraft are expected to deliver the advantages of lower fuel consumption and efficient economics to open new routes and markets.

The thirteen 737 MAX 8s aircraft, powered by CFM International’s LEAP-1B engines, feature a total of 166 seats in a 2-cabin layout.  The MAXs are operated on the carrier’s short-and medium-haul missions, delivering a reduced environmental impact and an enhanced passenger experience as United advances its long-term strategy to further entrench domestic operations. 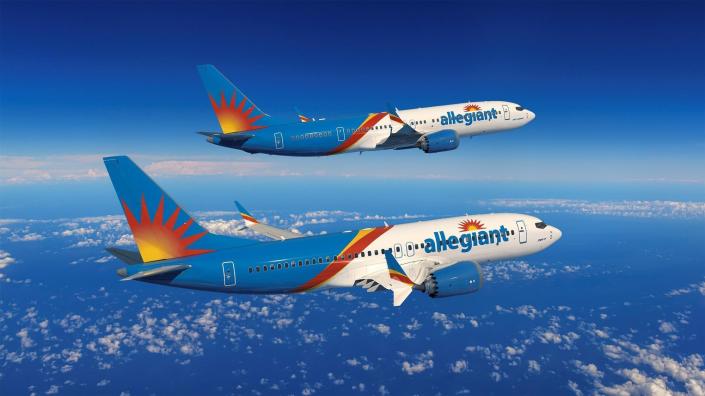 Allegiant Travel, parent of US ultra-low-cost carrier Allegiant Air, has ordered 50 Boeing Max jets and took options to acquire a further 50, with deliveries starting in 2023.

The Las Vegas-based company will acquire both 737 Max 7s and 737 Max 8-200s – a high-density variant of the baseline Max 8, Allegiant said on January 5th.

The deal is a major win for Boeing and notable in that Allegiant has aligned itself with the US manufacturer.  Currently, Allegiant Air flies only Airbus A320-family jets.

“Our approach to the fleet has always been opportunistic, and this exciting transaction with Boeing is no exception,” says Allegiant chief executive Maurice Gallagher.

Allegiant has long been known for jumping on attractive aircraft acquisition deals as they arise.  The airline company has not specified how it will split the order between Max 7s and Max 8-200s.  Deliveries will continue in 2024 and 2025, Allegiant says.

Allegiant also contracted with engine maker CFM International to maintain the jets’ Leap 1B turbofans for 12 years, it says.

The G3000 suite will be fitted into Heart’s 19-seat ES-19 regional airliner, which has a conditional order for 100 aircraft from United Airlines and an option for an additional 100.  With a range of 250 miles, the ES-19 is powered entirely by batteries and electric motors and expected to enter service in 2026.

Headquartered in Sweden at Gothenburg’s Save Airport, Heart has partnered with Spain’s Aero Nova to build the ES-19’s aluminum airframe.  The ES-19 features four propulsion units mounted on a high wing, a T-tail empennage, and retractable landing gear.

The G3000 avionics include high-resolution flight displays and touchscreen controllers that support navigation, communication, and flight sensor solutions and integrates seamlessly into the ES-19, aircraft systems, according to Garmin.

“We are confident in Heart’s practical, market-driven approach to expanding the regional air transport market with the introduction of the first all-electric airliner,” said Carl Wolf, Garmin v-p of aviation and marketing, ”whose lower operating costs have the potential to enable more universal access to air travel and broader network of short-haul flights.” 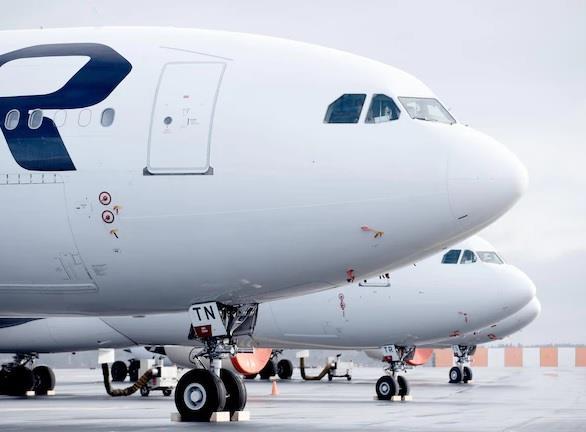 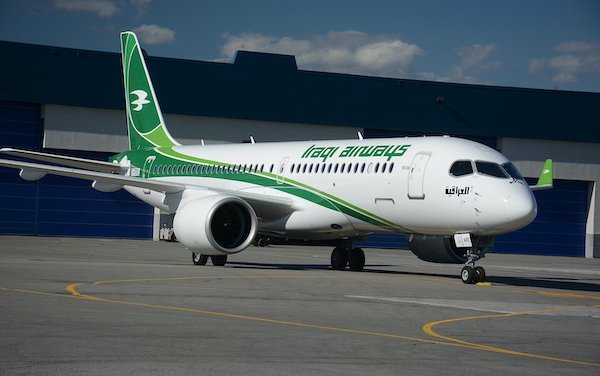 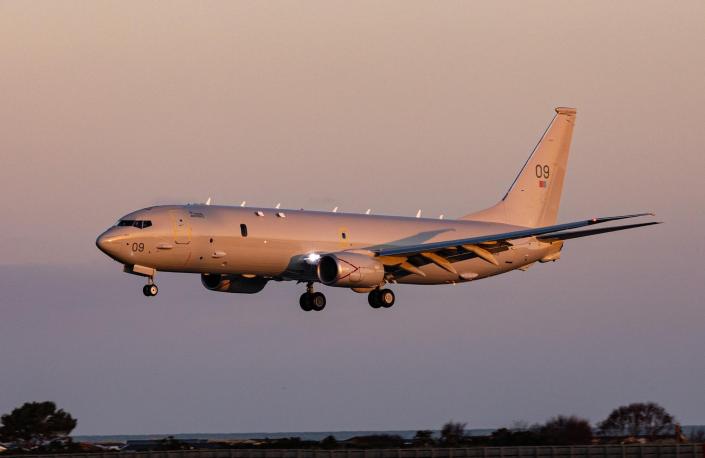 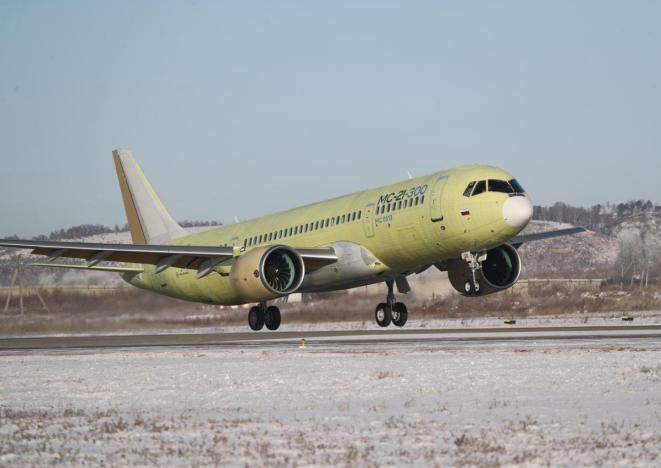 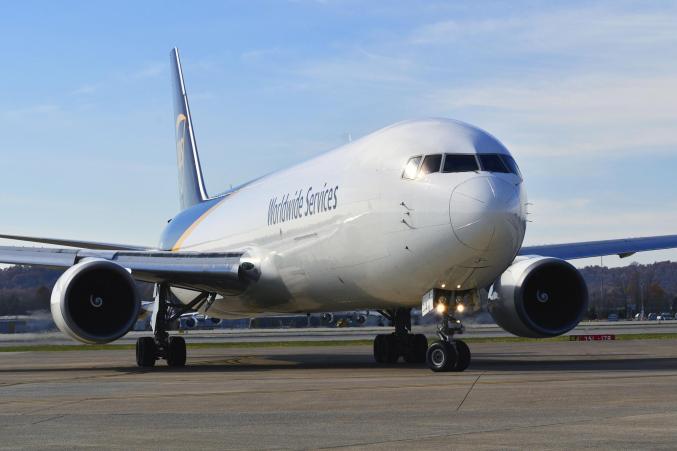 Express package specialist UPS has ordered another 19 Boeing 767 Freighters, handing another win to the US airframer at a time of robust demand for air cargo.  Deliveries will run from 2023 to 2025.

The orders come in a “record-breaking year for Boeing freighter sales”, Boeing says.  ”In 2021, air cargo demand has surged due to an expansion of e-commerce and express cargo markets.”

Boeing has taken orders fo 80 new freighters and for “more than” 80 passenger-to-freighter aircraft conversions in 2021, it adds.

Demand for freighter aircraft has boomed in recent years, partly because airlines grounded many wide body passenger jets during the pandemic, resulting in less capacity for cargo in the bellies of passenger aircraft.  Boeing predicts demand for air cargo to increase 4% annually over the next 20years. 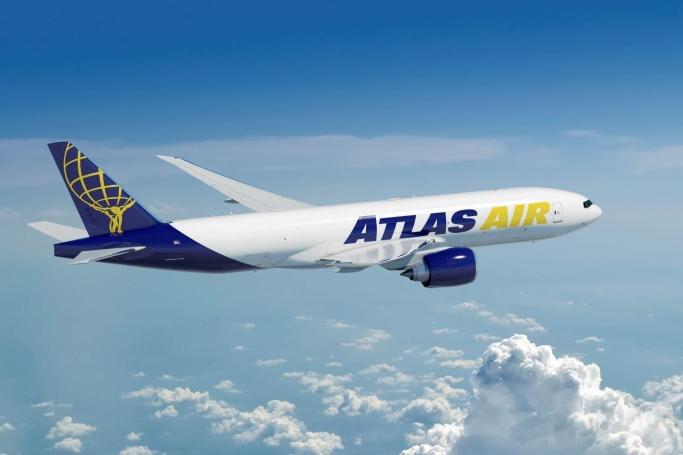 US air cargo company Atlas Air Worldwide Holdings has ordered four freighters, handing  the airframer another in a string of recent freighter wins.

Atlas expects to receive the first of the jets in November, with the remaining three aircraft to arrive in 2023, the New York-based company said on January 6.

Long-time Boeing customer Atlas, which owns several airlines and an aircraft leasing company, ordered the four freighters in December but waited until this month to dispose the news.

Also in 2022, Atlas intends to receive from Boeing four new 747-8Fs—the last of that type Boeing expects to produce. 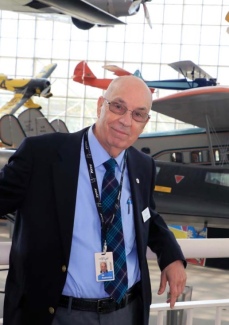