Boeing Lost No Orders to Cancellations in October,  a First Since July 2019

In October, Boeing logged its first month in more than three years without a single cancellation and padded its backlog with orders for 10 more 787s and more than 100 737 Max aircraft.

It had not reported a cancellation-free month since July 2019, shortly after aviation authorities globally grounded the 737 Max Boeing said on November 8th.

In October, the company landed orders for another 122 aircraft, largely to orders from Alaska Airlines, British Airways and Iberia parent IAG to respectively bought 52 and 50 737 Max jets.  Boeing also received orders in October for one 737 Max from American Airlines, and three Max from an undisclosed customer of customers.

In addition, Boeing has not named which customer or customers placed orders in October for 10 787s.  Those deals throw more momentum behind the 787 program following a delivery halt that lasted roughly 20 months, ending in August.  Also in October, Boeing took commitments for one 767-300 Freighter from FedEx and for five 777Fs from unnamed buyer which turned out to be Emirates.  The combined 122 orders Boeing secured in October were more than it received in any month this year except July.

But the US manufacturer’s pace of aircraft deliveries slowed in October as the company continued struggling to offload aircraft amid a fact of challenges, including its continued inability to deliver the 737 Max to Chinese airlines.

Airbus deliveries accelerated in October to reach 497 airplanes so far this year.  An underlying total of 495 after excluding two Aeroflot deliveries cancelled due to Western sanctions against Russia, the planemaker said on Tuesday, November 8th.

Airbus delivered 60 jets in October, up from 55 the previous month.  It still has what most analysts have called a stretching but broadly achievable task to reach a target of 700 deliveries in 2022, following problems with tattered global supply chains.  Within the total deliveries so far this year, widebody deliveries were robust, Airbus said.

Airbus also posted 177 new orders in October after rejigging of new order from British Airways owner IAG, which placed an expanded order for 59 aircraft that superseded an earlier batch of 14 single-aisle jets.  Airbus also booked an order for 40 jets from traditional Boeing operator Xiamen Airlines, which had provisionally added Airbus as a supplier in September in a sign of Beijing’s apparent tilt towards Europe amid tensions with Washington.  Boeing declined comment on the order, whose publication coincide with the first day of Chin’s Zhuhai Airshow.

The update comes on top of existing orders for 140 jets re-announced by China in what expert described as an effort to showcase a visit by German Chancellor Olaf Scholz.  The Xiamen deal brought Airbus orders so far this year above the 1,000 mark.  After 223 cancellations, its 1,033 gross orders fell back to a net total of 810 in the first 10 months.

Embraer Got Chinese Approval for E190-E2, with Larger E195-E2 to Follow

Chinese regulators have certificated the Embraer 190-E2, with the approval process for the larger E195-E2 also under way.  Embraer announced the certification from the Civil Aviation Administration of China at the Zhuhai air show on November 10th.  It expects validation for the E195-E2 to “follow shortly”.

The Brazilian airframer has a requirement in China for up to 1,445 new aircraft in the up to 150-seat category over the next 20 years.  The hot-and high performance of the twinsets is an ideal fit for the country’s geography.

“Embraer believes the E-190-E2 is the best aircraft to serve low density but high elevation markets in western China with the right performance, more profitability.”  Its only Chinese customer for the E195-E2 is lessor ICBC, which has a firm order for 10 aircraft. To date, five have been delivered and are operated on lease by KLM Cityhopper,  Cirium fleets data shows.

Boeing Business Jets is the newest OEM member of the international Aircraft Dealers Association (IADA), the group announced on November 14th.  The manufacturer of the BBJ 737/Max family, BBJ787, and BBJ777X, has delivered more than 260 business jets since its founding in 1996.

“Boeing Business Jets is delighted to be an OEM member of IADA.  The organization of airplane transaction experts has become a force in promoting transparency and integrity in aircraft sales”, said company president Erika Pearson.  ”As the market evolves following the pandemic, we look forward to working with other IADA members to meet the needs of the growing ranks of private flyers.”

Atlas Air Worldwide Holdings, Inc. has announced that the United States Air Force (USAF) has extended its agreement with Atlas Air to train pilots and flight engineers for Air Force One.

Under the five year extension of the agreement, which Atlas Air has held since 2007, crews for the Air Force’s VC-25, a modified version of the Boeing 747-200B, will receive ground and flight-simulator training at Atlas Air’s world-class training center in Miami, Florida.

“Air Force One,” the designated call sign of the aircraft when the President is on board, consists of two specially configured Boeing 747-200B aircraft.  The past four U.S. presidents have been flown to locations throughout the world by Atlas-trained pilots and flight engineers who received their certification from Atlas Air.

Boeing is linking with Irish Lessors Avolon and Orix Aviation, to support energy specialists’ examination of potential sustainable fuel production in Ireland.  The feasibility collaboration is being led by Dutch-based future fuel firm SkyNRG and local sustainability partner SFS Ireland.  They aim to identify opportunities for a commercial-scale sustainable fuel production facility in the country.

Avolon says planned growth of renewable energy sources makes Ireland a potential location for sustainable aviation fuel production, adding that Ireland is the base for a number of important stakeholders with interest in decarbonizing aviation.  Avolon says the study will be completed next year.

The first of three Boeing 737NG airframes is undergoing modification into the E-7A Wedgetail airborne early warning and control configuration for the UK, has had its distinctive “top hat” radar array installed.

Prior to fitting the MESA arry—which had earlier this year completed testing a Northrop’s Linthicum, Maryland facility—the narrow body’s mid-fuselage ‘Section 46’ was removed and strengthened, in order to bear the structure’s weight.

All three of the RAF’s on-order Wedgetails are currently in modification at the Birmingham site, with work involving more than 100 Boeing and STS personal.  Two of the airframes were previously operated as business jets, while the third is a new-build example, delivered in mid-July.

“The sensor itself is a critical enabler to surveillance and air dominance, and the E-7 Wedgetail aircraft will provide the RAF with a combat-proven advantage against even the most sophisticated adversaries,” says Ian Vett, Boeing’s director of the UK E-7 program.  The UK’s E-7 A fleet is scheduled to achieve operational capability during 2024.

Malaysia Airlines Eyes 25 More Narrowbodies; Does Not Rule Out 737 Max

Malaysia Airlines is to kick off air framer discussions for a potential order for 25 more narrow body aircraft’s as the airline awaits delivery of its first Boeing 737 Max in about half a year.

Chief executive Izham Ismail says the airline will “evaluate all options”, and does not rule out ordering more 737 Max aircraft, or “even regional Aircraft”, as long as “the aircraft meets our business goals”.

“ We are agnostic to the aircraft types as long as it is commercially viable and meets our sustainability goals,” says Izham, who was speaking to FlightGlobal in Bangkok, on the sidelines of the Association of Asia Pacific Airlines’ Assembly of Presidents.

The Kuala Lumpur-based carrier has 25 737 Max 8s on order, the first example is expected to be delivered by the second quarter of 2023, with deliveries running through 2025.

The new aircraft, which are expected to be fitted with new cabin products, replace the airline’s 737-800s on a one-for-one basis, says Izham.  Malaysia Airlines will take seven 737 Max aircraft next year, a move which will see five-800s moved to low-cost unit Firefly. 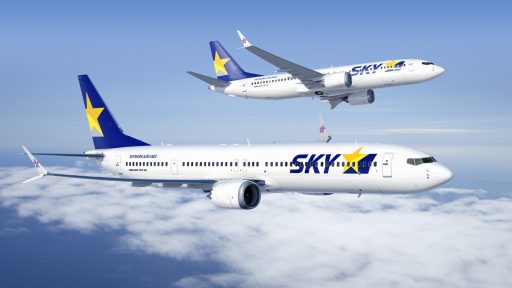 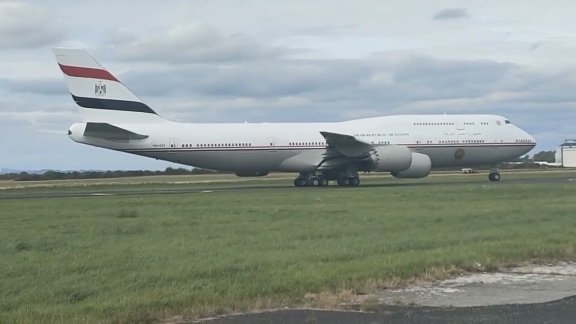 Azerbaijani cargo carrier Silk Way West Airlines has placed an order for two Boeing 777-8 Freighters and taken an option on two more of the type.

The deal, which was previously attributed to an unidentified customer on Boeing’s orders and deliveries website, marks a further commitment to the freighter Boeing launched in January this year and for which it has booked more than 50 orders.

Boeing launched the new freighter with a 34-strong commitment from Qatar Airways.  All Nippon Airways, Lufthansa, Ethiopian Airlines have all made commitments to the freighter, while Cargolux last month firmed an order for 10 of the type.

Silk Way Group president Zaur Akhundov says: “This year Silk Way Airlines celebrates its 10th anniversary, and over the past decade the carrier has been operating an all-Boeing fleet.  Today’s agreement reflects our ongoing investment in Boeing’s market -leading freighters”.  Silk way also placed a commitment for up to four of Airbus’ Freighter in June.

Emirates has placed a firm order for five Boeing 777Fs in a deal worth over $1.7 billion at list prices.  Two aircraft will be delivered in 2024 and three in 2025, says Emirates.  The deal pushes the carrier’s total orders to 200 widebody jets.

“Emirates is investing in new freighters so that we can continue to serve customer demand with the latest fuel-efficient aircraft,” says Emirates chairman and chief executive Ahmed bin Said Al Maktoum.

“This order reflects Emirates’ confidence in airfreight demand and overall aviation sector growth.  It lays the ground for our continued growth, which is driven by the reach of our diverse global network, the advanced handling infrastructure at our Dubai hub, and the tailor transport solutions that Emirates has developed to serve our varied customers’ needs.”

The jets will add to the carrier’s freighter fleet, which now stands at 11 777Fs.  Emirates, the launch customer for the 777F, says the type is effective at transporting items that are sensitive to time and temperature, such as fresh products, medicines, pets, cars, and horses.

“We value the trust that Emirates has repeatedly placed in its all-Boeing freighter fleet,” says Stan Deal, president and chief executive of Boeing Commercial Airplanes.

MSC Mediterranean shipping Company SA, a global leader in transportation and logistics, has started developing a new MSC Air Cargo solution in response to customer demand and as a complimentary service to its container shipping solutions.

MSC Air Cargo has been under development for several months and the new solution will be available from early 2023, following the delivery of the first of four MSC- branded Boeing 777F aircraft.  They will be operated by Atlas Air, a subsidiary of Atlas Air Worldwide Holdings, Inc.

MSC has appointed Jannie Davel, formerly of Delta Cargo, Emirates SkyCargo and DHL, to develop its air cargo business and build the team that will implement it.  MSC Air Cargo’s First Boeing 777F has been already painted by Boeing pending delivery.