Boeing Start Assembly of the First 777-9

In a tweeted photo on March 23rd, (see picture) Boeing showed the first Section 41—the company’s internal designation for the nose and forward fuselage—entered the 40-47 bay of the Everett factory. The first 777-9 version of the 777X family to enter fuselage assembly will be used for static testing on the ground, Boeing says.

Inside the 40-47 bay, Section 41 will be joined to the center and aft fuselage sections, using a new process introduced two years ago on the 777-300ER and 777-200LR programs. Instead of loading the assemblies into a rotating tool fixture, Boeing will mate the 777X using automated upgrade build (FAUB) procession which sections are loaded into movable cradles and are mated together using mostly robots for drilling and fastening.

Later this year, the assembled fuselage will be moved to the final assembly bay for the 777X, where it will be joined with the aircraft’s first new composite wings.  Boeing introduced the first 777-9 wingspan into assembly last year for the static test airplane.

During final assembly, Boeing also mates the fuselage with the wings, onboard systems and the GE Aviation GE9X engines. The 777-9 program is scheduled to enter flight testing in 2019 and enter service with launch customer Emirates in 2020.The longer-range 777-8 will enter service two years later.

Sections for First All Nippon Airways A380 Arrive in Toulouse

Final assembly of the first A380 for All Nippon Airways is set to start this month.

The main sections of the first A380 for Japan’s All Nippon Airways(ANA) have arrived at the Airbus final assembly line in Toulouse, France via a special convoy, with six subassemblies—the nose, central and aft fuselage sections, the tailplane, and the two wings.

ANA Holdings placed a firm order for three A380s in 2016, becoming the first customer for the A380 in Japan. The first delivery is scheduled early in 2019, and the A380 will initially be operated on the Tokyo-Honolulu route. ANA’s A380 will feature a special Hono Hawaiian green sea turtle livery, symbolizing good luck and prosperity.

Gulfstream Aerospace Has Delivered a Fourth G650ER to Qatar

The delivery will help meet increased demand for a longer-range private air travel by Qatar customers, Qatar Airways said. Gulfstream’s partnership with Qatar Airways began in 2014 when it became the launch customer for the Gulfstream G500.

Since then, Qatar Airways has signed orders and options for up to 30 Gulfstream aircraft that include the G650ER,the G500 and the G600.

Cambodia Bayon Airlines (Phnom Penh) is a new airline in Cambodia which selected the Xian MA 60 to fly domestic operations between Phnom Penh and Siem Reap. The airline received its AOC on December 23, 2014.

Bayon Airlines plans to introduce 20 MA60 aircraft and 10 Airbus A320 aircraft within five years to build route network which covers Cambodia and services to Japan , China and Korea.

Little bit about the MA60…it is a stretched version of the Xian A7-200A which was produced on the An24 to operate in rugged conditions with limited ground support and short take-off and landing(STOL) capability. The MA60 has not applied for FAA(US) and EASA(Europe) type certification and is not certified for use in the US and the European Union.

China Southern Group to Take 309 Aircraft Through to 2020

The China Southern Airlines Group is currently scheduled to take delivery of 309 aircraft over the next three years, with nearly half of those set to arrive this year.

2020 will see 89 additions, again with the 737-800s forming the bulk of the deliveries at 51, followed by 24 A320 family aircraft, six A350-900s, five 787-9s and three 777-300ERs.With 26 planned retirements, it will end the year with 979 aircraft. China Southern is the largest airline group in China by fleet size. Besides China Southern, the group also has stakes in a list of carriers including Xiamen Airlines, Shantou Airlines, Zhuhai Airlines, Guizhou Airlines, Chongqing Airlines and Hebei Airlines.

“This was a difficult decision between the Boeing 787 and the Airbus A350 and the A330neo and we thank both manufactures for their aggressive efforts to earn more of American’s business,” says Robert Isom, President of American, in a statement. “In the end, our goal to simply our fleet made the 787 a more compelling choice.”

As part of the deal, American is also deferring the delivery of 40 Boeing 737 MAX narrowbodies.

Boeing says that the order is a new deal from American and not an exercise of the carrier’s options for 58 787s.

Aviation Partners Boeing (APB) announced on March 26 that Ethiopian Airlines has become the first operator in Northern Africa of its Split Scimitar Winglet Technology. The first installation of the System was completed on March 20th,2018 in Addis Ababa.

Since launching the Boeing Next-Generation 737 Split Scimitar Winglet program, APB has taken orders for over 1,800 systems, and over 1,000 aircraft are now operating with the technology. APB estimates that its products have reduced aircraft fuel consumption worldwide by over 8.0 billion gallons to date thereby saving nearly 85.0 million tons of carbon dioxide emissions 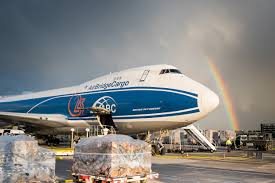 The Russia-based carrier joins a network of logistics service providers at the US cargo-dedicated airport, which is located within a one-day drive to nearly half of the US population and one third of the Canadian population.

ABC’s inaugural flight landed at Rickenbacker on April 5th, and weekly flights will continue on Thursdays, carrying freight inbound from the airlines global hub in Moscow and returning to Moscow through Liege, Belgium. The carrier will employ its fleet of 747 freighters that provide up to 139 tons of capacity. 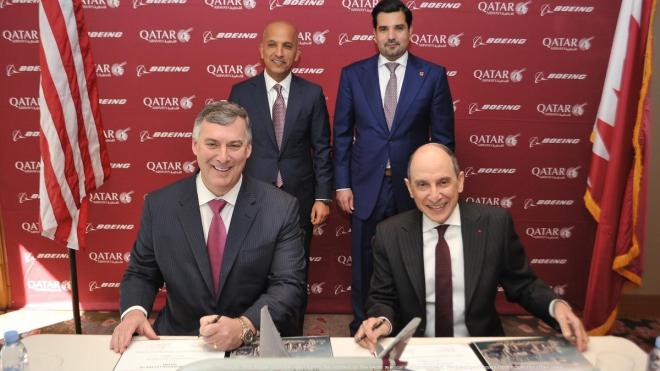 On April 10 Qatar Airways signed a letter of intent(LOI) with Boeing to buy five 777-200LR Freighters, worth $1.7 billion at list prices, the airline said in a statement. Al Baker And Boeing Commercial Airplanes President and CEO Kevin McAllister met in Doha to sign the preliminary agreement. Qatar has taken delivery of 13 out of 16 Boeing 777 Freighters orders in 2006, and has 60 of the next generation jets on order, according to Boeing’s orders and deliveries website.

The order will be posted on Boeing’s orders and deliveries website once the purchase is finalized the statement said. 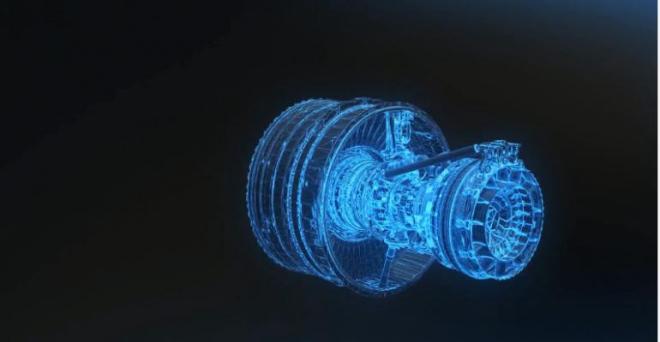 Rolls-Royce is preparing to demonstrate part of Intelligent Insights a suite of tools launched under the IntelligentEngine program.

“Insights are then delivered via visualization tools for the line maintenance environment in an easy-to-use append via the Rolls-Royce portal”, says Rolls-Royce in a statement.

If It works as intended, the tool should make mechanics’ lives easier, removing the need to cross-check various sources of information and presenting important data in an accessible manner.

The main goal is to improve dispatch reliability, but it will also be interesting to see how the new technology contributes to wider aims such as lifecycle management.

Rolls-Royce has not said if Technical Insight was developed with outside help or purely in house.