Also expect two vertical integration projects in the avionics arena this year as well as others deployed across its portfolio this year and next…including MQ-25 unmanned aircraft and T-X military trainers well as on the New Midsize Airplane, ( NMA),says Stan Deal,Boeing Global Services president & CEO.  The NMA is advancing as Boeing “builds a robust business case,” he says.

Vertical integration is adding to Boeing’s portfolio “in a way that is creating more value for customers, given the way that we’re doing it to change the acquisition side of the cost equation and the lifecycle side,” he says.  As the company implements these vertical integration plays, ”we’re doing it with the front-end cost acquisition in mind as well as lifecycle costs—so working both of those equations to have better value,” he says.

On the backend, Boeing is about half way finished with implementing SAP across its parts ecosystem— including Aviall, its commercial and government proprietary parts businesses and former KLX Aerospace Solutions (now branded Boeing Distribution Services)— to “eliminate redundancies and rationalizing capacity across the global footprint,” says Deal. This should also reduce repair times, which along with costs, were areas Boeing could improve, according to the 2019 Airline Aftermarket Customer Satisfaction Survey.  While Boeing placed first in this aftermarket survey, Deal acknowledges that customers want Boeing to “improve cycle times and production costs,” as well as provide choices.”They do like the notion of one-stop shopping’s long as it stays competitive,”he says.

As Boeing Global Services started its third year of operation on July 1, Deal forecasts “steady growth,” as evidenced by its 17% year to year growth.  ”We continue to drive where the market is today, but we’ve put the right amount of investment where the market could end up in 10, 20 or 30 years,” says Deal.

Airbus Dropped the Policy of Publishing Prices of its Aircraft

On July 1st, Airbus’s new commercial chief Christian Scherer has dropped the long-held policy of publishing catalog prices for its product line due to their relatively irrelevance in real-world deal values.

The European manufacturer, like Boeing, has traditionally provided annually the pricing range  for each of aircraft by variant. Although Boeing has published its 2019 data, Airbus decided not to.

While it is widely acknowledged that the values negotiated for aircraft deals are always significantly discounted on the aircraft’s “sticker price”, the publishing of catalog prices enables like-for-like comparisons to be made between Airbus and Boeing products.

Catalog prices do have some relevance in aircraft negotiations.  They can provide the benchmark from which discounts are negotiated and have traditionally been used in aircraft purchase contracts to calculate deposits and scheduled pre-delivery payments. 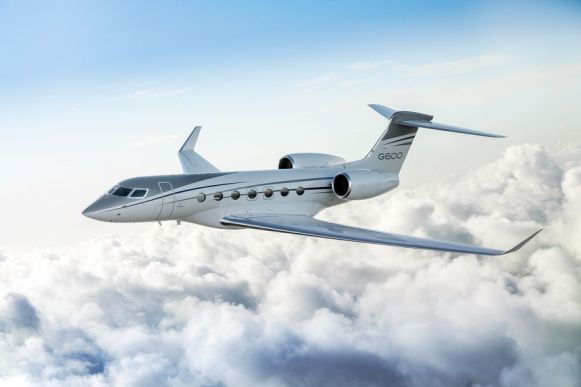 The FAA granted both the aircraft’s type certificate and a production certificate, says Gulfstream; clearing the path for the 19-passenger for first delivery later this year.

“Getting both authorizations on the same day is evidence of the maturity of our G600 production processes and speaks to the safety and reliability of the aircraft’s design,” Gulfstream president Mark Burns says.

“The certifications clear the way for the first G600 deliveries to customers as scheduled this year,” Gulfstream says.

The French aerospace group says the new site in Feyzin, on the southern outskirts of Lyon, will become operational in 2024 and will complement Safran’s existing three production locations for carbon brakes.  They are in nearby Villeurbanne in the northeast of Lyon; at a US facility in Walton,Kentucky; and in Sendayan, near the Malaysian capital Kuala Lumpur.

Featuring a modular design, the new site will “ develop in line with market requirements over the coming decades” and eventually create up to 200 new jobs, Safran says.

The Plant will employ designs to reduce energy and water consumption, and facilitate increased use of renewable energy.

Safran says that it will launch, alongside the new facility, a “major research and technology program” in partnership with laboratories, universities and small businesses in the Lyon region, with local and national government support. 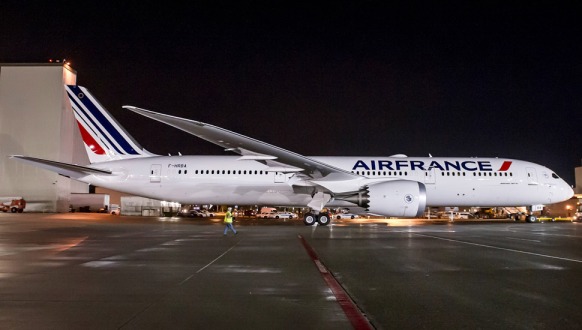 The French carrier says it will swap the six 787s—with deliveries scheduled in the 2021-23 timeframe — for seven A350s its Dutch sister carrier has on order.

Air France foresees this will allow the two airlines to “realize fleet efficiencies through harmonization and accelerated growth of similar aircraft at both airlines”.

Options for “further fleet development” at Air France within the wider group are currently under study,  in consultancy with all stakeholders, notes the French carrier.

“This is the first step towards harmonizing and simplifying the Air France-KLM Group fleet at its two major airlines,” states group chief executive Ben Smith.

BOC Aviation has delivered the final Boeing 737-800 aircraft in its order book on lease to Skymark Airlines.   Cirium’s Fleets Analyzer shows the aircraft, MSN 63410, was ordered by the lessor in February 2017, and placed the aircraft with the Japanese carrier in April.

“ The Boeing 737-800 has been a cornerstone of our company’s development, with 84 currently operating inner owned fleet,” says Robert Martin, BOC Aviation managing director and chief executive.

The delivery also marks a decade of co-operation between the lessor and Skymark. The airline has 29 737-800s in its fleet, of which three are delivered by BOC Aviation. 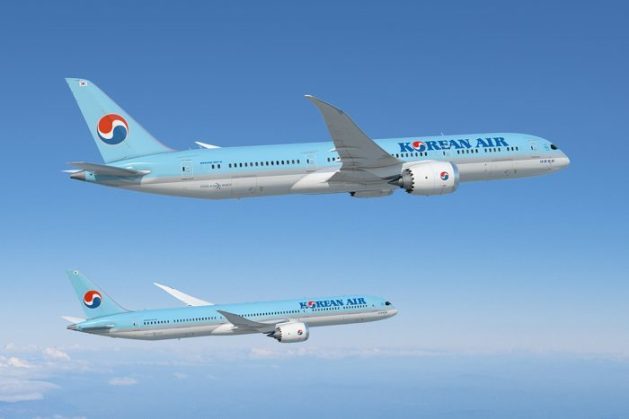 All Nippon Airways Introduced A Boeing 777 Freighter to its Fleet

All Nippon Airways (ANA) has introduced a Boeing 777 freighter to its fleet, to meet increased cargo transportation demand in Asia and North America.

The Carrier received the freighter on May 24 at Tokyo Haneda International airport, where it will operate cargo flights on the Tokyo Narita-Osaka Kansai-Shanghai Pudong route between July and August 25th.

From August 26, ANA will operate Tokyo Narita-Shanghai Pudong flights instead.  Starting on October 27, it will begin Tokyo Narita-Chicago service.

The aircraft is specially designed to transport large items, ranging from aircraft engines to semiconductor manufacturing equipment as well as delicate cargo like lithium batteries.

The Japanese carrier placed the order for two 777 freighters in March 2018.

AAR plans to add FAA part 145 certification to its facility which specializes in composites. As part of AAR Corp.’s quest to grow demand for work on both new legacy aircraft platforms, it intends to add a repair station to its extensive list of composite services, company executives tell aviation week.

Plans call for AAR’s composite facility in Clearwater, FLa., to be granted an FAA 145 repair station certificate late this year or in early 2020, paving the way for customer work to begin “within the next year,” said Brian Sartain, senior VP, repair and engineering services.

Adding the repair station would round out an already long list of composite work AAR performs. Apart 145 certification would open up a direct business line to third-party customers looking for just component repairs.

The need for composite work is expected to increase as more newer-model aircraft designed with higher amount of composite content, such as the Boeing 787 and Airbus A350, become more prevalent.But Sartain notes that demand for work to support many older models is already high.

AAR added its Clearwater facility in 1997 through the acquisition of ATR international.  The shop once held a Part 145 certificate, but shifted its emphasis to new production as part of AAR’s strategy to both grow and broadens business line.